Finally, Liverpool have the bigger ground promised so long ago – will it be large enough? 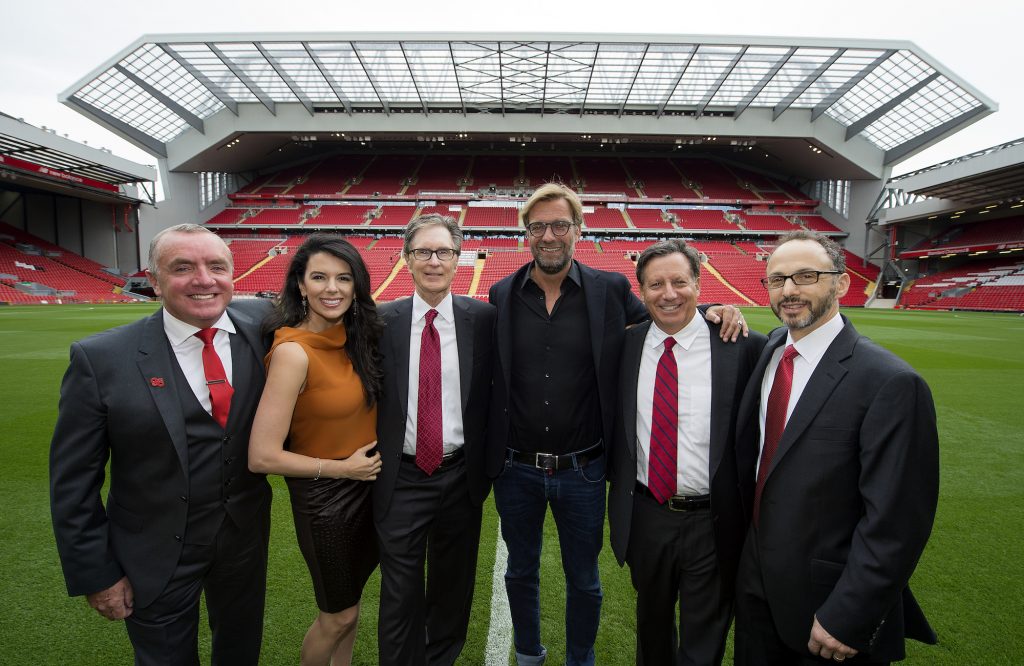 Getting on for two decades after first announcing Liverpool must have a bigger ground if it is to be successful, the club today declared it had finally happened.

To be fair to the current owners it’s just 643 days since work started on this particular project, but the turmoil the club has been through to get to that stage, with two changes of ownership and at least five sets of plans for new stadiums that were eventually thrown in the bin, millions of pounds later, has lasted far longer.

The new capacity is 54,000, an increase of around 8,500 but an increase nonetheless. The most seats fans were promised by previous owners was in the region of 75,000 but FSG worked out that Anfield could be extended after all and that by giving half the new seats over to corporate or hospitality guests the figures would work out much better.

At no point has the club ever really said it needs a bigger ground so that as many people as possible can get to the game each week, it’s always been about increasing revenue, and the 4,250 non-hospitality seats will not all be used on cutting the existing season ticket waiting list which a few years ago was closed to new entrants, by then it was around 24,000 names long.

Liverpool’s current owners were over from the US for the opening, joined by Ian Ayre, the current chief executive, and manager Jurgen Klopp. Liverpool City Council and Your Housing Group, partners in the project, were also along for the event.

The revamped stand gets it first proper use tomorrow with the first home game of the season at Anfield as the Reds take on current Premier League champions Leicester city in the televised 5.30pm match. The club say it “is now one of the largest all-seater single stands in European football”.

1.8 million bricks and blocks were used in the construction of the rebuilt facility, along with over 5000 tonnes of steel, “enough concrete to fill three Olympic-sized swimming pools” and 6000 light-fittings. The club say the interior floor space is now, combined, five times larger than the pitch itself.

Chairman Tom Werner said: “Redeveloping the Main Stand has been about improving our home rather than having to abandon it in the name of progress. We want what all Liverpool supporters want – future success on the pitch.

“Anfield isn’t just where we play matches. Anfield is home and it’s as much part of the identity of this Club as the Liverbird on the crest of the shirt.

“A crucial factor for us, as ownership, was to ensure that the Club listened to key constituencies during this project. Listening and acting on what we heard has been a big part of our personal involvement.

“We listened to our supporters, the local community, former players and the Hillsborough, Shankly and Paisley families.  All these groups joined us on this journey and played their part in helping to create what we see before us today.

“We joined forces with Liverpool City Council and Your Housing Group over two years ago as part of the wider Anfield regeneration project and they have been fantastic partners. Their vision to regenerate the Anfield area to make it a better place to live, work and visit is to be commended.

“Tomorrow marks a new chapter for this great football club. We look to the future while respecting our past and, most importantly, we continue our journey at Anfield.” 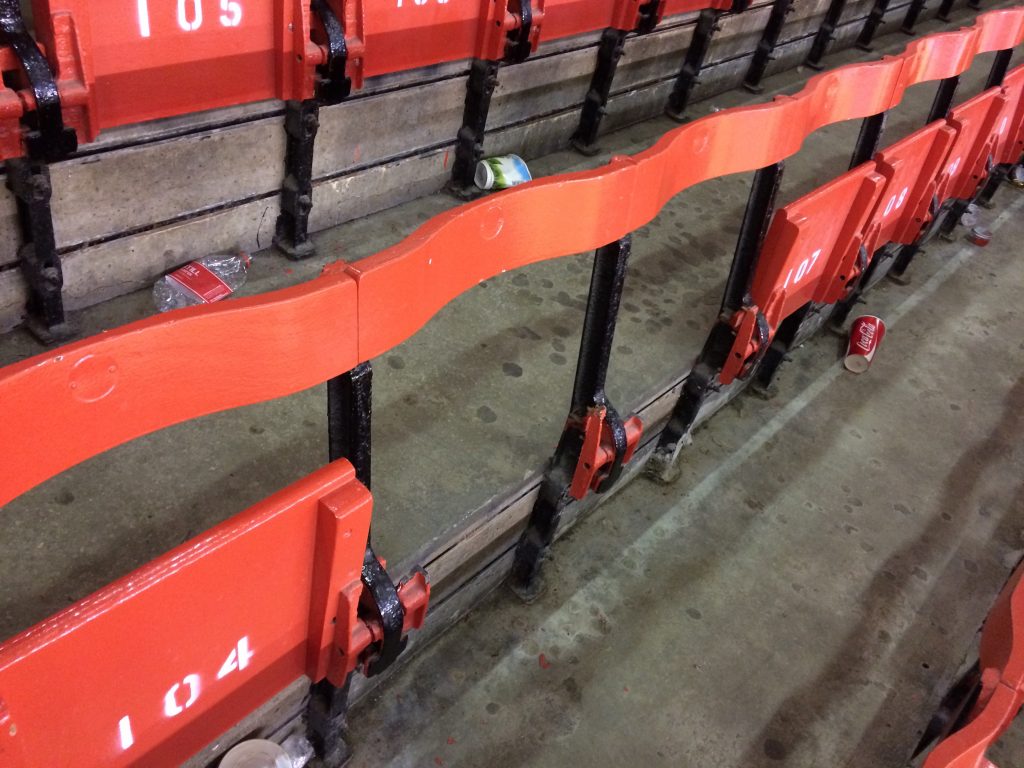 The Main Stand seats, pictured here after the final game they were used for, had been there for over a century but have now been replaced.

The overall amount being spent on regeneration for the Anfield area – which the club’s dithering and mind-changing over a new ground for so long had in many ways played a huge part in allowing to decay – is £260m. The regeneration includes new and refurbished homes, a hotel, new office space and new public space.

Your Housing Group Chair Kathy Cowell said: “Three years of partnership working have already gone a long way towards creating a more vibrant and successful community. There is much still to be done but the opening of the Main Stand is an important achievement as we realise our ambitions to create a brighter Anfield for everyone.

“In the last three years, some 398 new homes in the area have been built, over 300 homes refurbished and 238 substandard and derelict properties demolished. There are more improvements to come and we look forward to working with LFC and the city council to ensure our vision is delivered.”

Clearly the new Main Stand – which makes the stadium visible from miles away in many directions around Anfield – has improved the ground but those who sit in the directors’ box rarely sit in any of the restricted view seats elsewhere in the ground, where it can often be difficult to see much of a game at all and where legroom is so tight it’s far more comfortable to stand. Many fans would rather stand anyway, and there will be keen interest in how the safe standing introduced north of the border works out.

Anfield is far from finished, but this is a very good start.