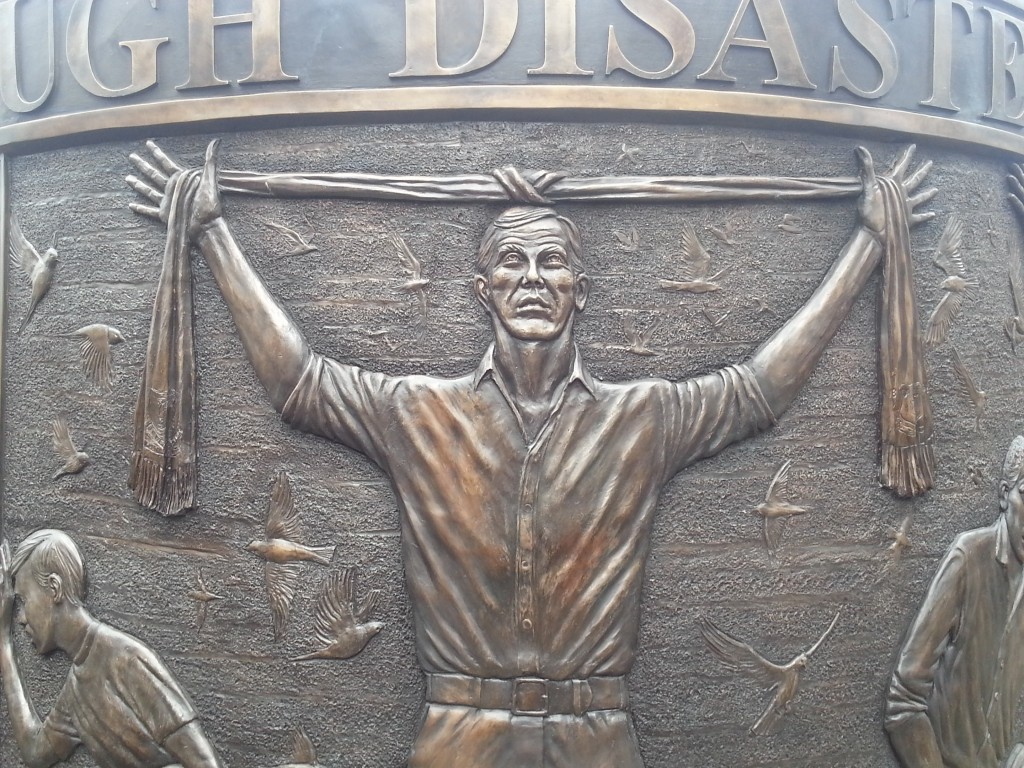 The groups that represent bereaved families are The Hillsborough Family Support Group (HFSG) and The Hillsborough Justice Campaign (HJC). The HJC also actively supports survivors of the disaster and their families.

The original support group that was set up in the aftermath of the disaster was the HFSG, founded in May 1989.

Some of the bereaved families met whilst travelling to and from the Taylor Inquiry and decided to contact each of the victims’ next of kin to form a group to help and support each other throughout the aftermath. The group continues to organise the memorial service at Anfield each April 15th.

As time and struggles went on and the years passed by following the disaster there was recognition within the HFSG that the survivors of the disaster should also be included in the support group. The survivors were suffering from PTSD and living through hell, they were in need of support certainly as much as the bereaved were, and could also help families with their understanding of what actually happened. Not all the group agreed with this, however, and often survivors would be coldly shunned. The result was that in 1998, nine years after the disaster, some of the bereaved families chose to split from the HFSG and join up with ‘Survivors and Supporters of Justice For All’. A new group was formed which would include survivors as well as bereaved families.

This group was the HJC and it was set up in 1998. The split from the original group was acrimonious and despite it rapidly gaining universal acceptance and recognition by supporters (of the club and the cause) the football club itself is still, regrettably, reluctant to treat it as an equal to the original HFSG.

As well as the inclusion of the survivors the HJC also wanted a more pro-active campaign than had been in place previously, as did the local communities, and soon after forming they acquired premises in Anfield. The HJC shop, across the road from The Kop on Walton Breck Road, has become a familiar landmark to supporters as well as a focal point for those involved in the fight for justice.

The shop sells items that allow people to support the campaign by both spreading the word and providing funding to keep going with initiatives that range from ideas like Don’t Buy The Sun stickers which add more awareness to that aspect of the overall campaign to funding the legal battles that have had to be fought down the years. The shop also serves as office/meeting space as well as an advice centre.

See @HJC_Official (on Twitter) or facebook.com/HJCOfficial (on Facebook) for more about the HJC and how to order some of their products online. The HJC’s website can be found at contrast.org/hillsborough/index.shtml.

Anne Williams lost her son Kevin in the disaster and in 2006 she set up Hope For Hillsborough. Kevin is known to have still been breathing long after the cut-off time imposed by the coroner, a cut-off time that prevented any scrutiny of issues like preventing all but one ambulance from getting onto the pitch with equipment and expertise that could have saved the lives of Kevin and other victims.

When Anne became ill after being diagnosed with terminal cancer she agreed to once more join with the HJC and they assisted her in her fight for justice for Kevin. Sadly Anne passed away shortly after attending the 24th anniversary service at Anfield and although she didn’t see justice done she knew it was around the corner following the report from the Hillsborough Independent Panel.