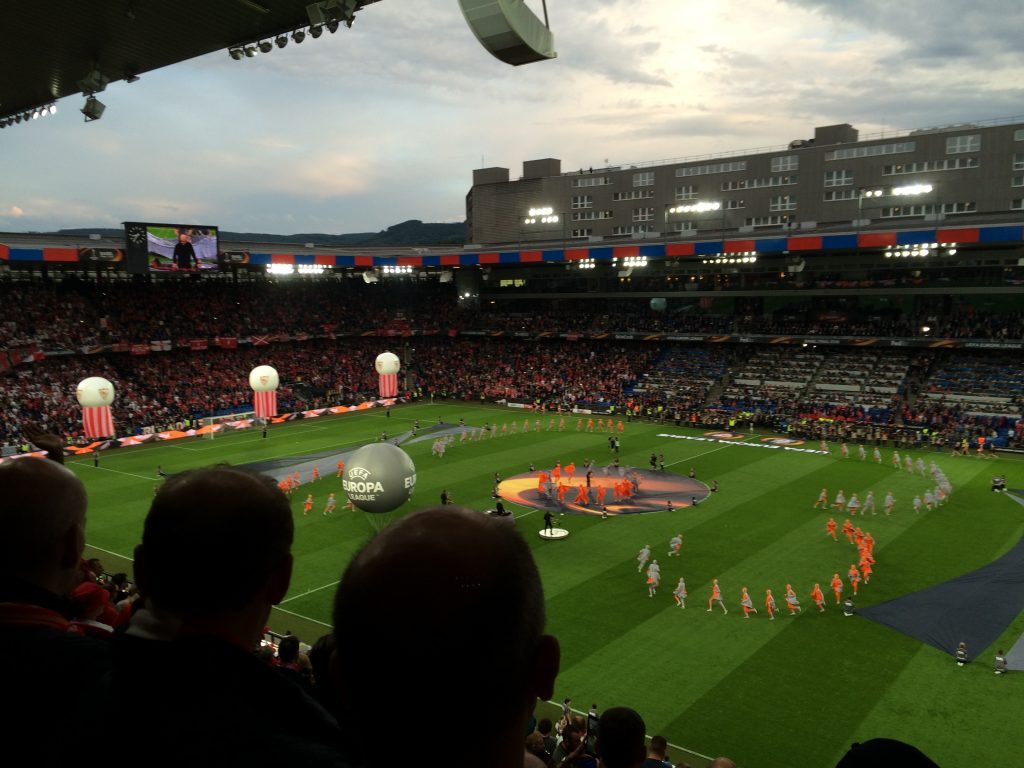 When Liverpool qualified for the UEFA Europa League, many of their fans saw the competition as a distraction because they were hoping the Reds would be focussing on another attempt at a Premier League title or at least a top four finish. The league season didn’t work out that way and long before it ended Liverpool’s online sportsbook soccer odds of winning the league title were non-existent and the Europa League was considered Liverpool’s golden ticket to qualify for next season’s Champions League.

Sadly that ticket ultimately went to Sevilla, Liverpool’s amazing adventure in the Europa League coming to an end against the second Spanish side they faced in consecutive ties of the UEFA competition.

In the semi-final of the Europa League, team manager Jürgen Klopp spoke about his team’s strong chances of advancing to the final but also cautioned that the players and fans not to get too far ahead of themselves because the team faced a tough test against Villarreal. That seemed to be proved right when the Reds came home from Spain with a 1-0 deficit. A week later, under the Anfield floodlights, Liverpool put on a display that banished any concerns they might not make the final, a 3-0 win booking them their place in Basel 3-1 on aggregate.

In the quarter-finals, Liverpool pulled off one of the most thrilling comebacks in the tournament’s history against Klopp’s former team Borussia Dortmund, who had a big aggregate lead – including the advantage of away goals – at one point during the second leg of the tie. The Reds mounted a furious comeback in the second half of the game against Dortmund, and eventually won the game 4-3, and advanced to the semis with a 5-4 aggregate win.

Despite his joy about the way his team fought back against Dortmund, Klopp was hoping the comeback wouldn’t be wasted by losing to Villarreal in the semis. He was worried that some of his players might have been overconfident heading into the tied and warned them about the consequences.

Klopp told his players that despite Villarreal being fourth in the Spanish League, they were a very tough side capable of defeating any of the best teams in Europe having already knocked Napoli and Bayer Leverkusen out and easily dispatching Sparta Prague in the quarters.

Despite Klopp’s cautious optimism, Liverpool were favoured to win the tie against Villarreal, and to advance to last week’s Europa League Final, a prediction that turned out to be true. A win in Basel in the final would have earned them that spot in the Champions League next year and would have allowed them to commence the battle to win their sixth Champions League title. That battle will now have to wait.

The game against Sevilla proved to be one game too far, one half too far even, with Liverpool certainly dominating proceedings and looking well in control when the two sides went into the dressing rooms after the first 45 minutes. A Daniel Sturridge goal was the difference between the English and Spanish teams by that point and the Reds fans that made up the majority of the crowd were full of confidence.

Sadly for Liverpool the confidence was obliterated after less than 20 seconds of the restart, Sevilla catching Klopp’s side cold and grabbing an equaliser the Reds never recovered from. There was a great deal of controversy about some of the decisions made by the officials during the game, including an assistant seemingly changing his mind about an offside call, but Klopp’s men showed none of the determination for a comeback that had got them past Dortmund a couple of rounds before.

A competition originally seen a distraction had become far, far, more and with just 45 minutes of a marathon season left it looked like Liverpool were heading into next season’s Champions League. In the end it wasn’t to be, but it’s safe to say that the Reds’ adventure should make more teams take the competition seriously in future.