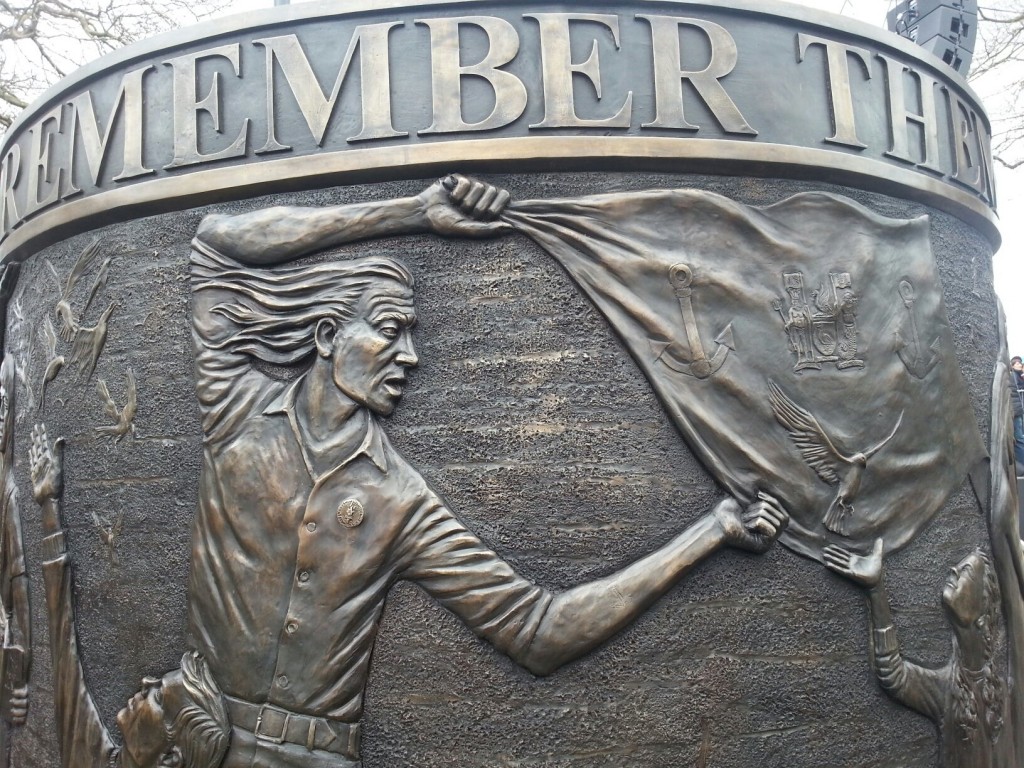 Following yesterday’s momentous day, which saw the jury in the Hillsborough inquests return a verdict of unlawful killing as well as exonerating the supporters – including of course the survivors – of any blame, the Hillsborough Justice Campaign issued a press release.

Please take the time to read it and digest what it says – and remember it could say far more if there wasn’t a need to hold back for the time being until the next stage of the fight for justice – the criminal investigations – are complete. That includes the investigations into what happened after the disaster, when rather than come clean about what happened on April 15th 1989, about what had caused the unlawful deaths of 96 people and untold suffering to hundreds of others, various individuals and organisations instead went to great lengths to add to that suffering in what seems to have been a decades long attempt to hide the truth.

The truth of course being that the people who were meant to protect and care for the 96 victims and those hundreds of survivors failed completely to do so, as decided yesterday at the inquests. It wasn’t the fans’ fault, far from it, and now the truth is out there are no excuses left. It is time for justice – Justice for All. 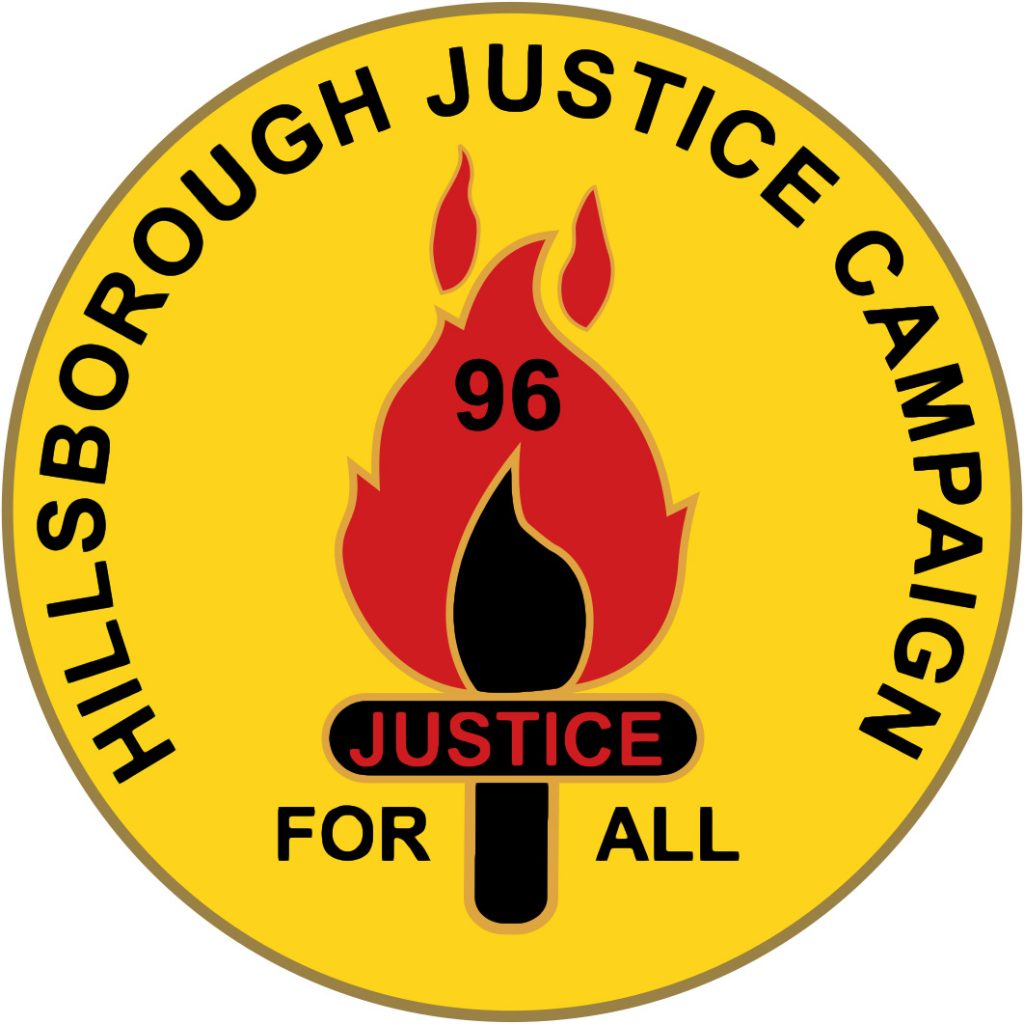 The Hillsborough Justice Campaign welcomes the jury’s verdict of unlawful killing. The right conclusion has finally been reached. The jury has listened and decided that the weight of evidence against South Yorkshire Police and in particular David Duckenfield, given the admissions he made in evidence, leads to this verdict.

This verdict of unlawful killing will now be considered by the DPP in respect of criminal prosecutions. There is so much more that could be said on this point, however given that there is already an ongoing criminal investigation we would not wish to prejudice any future proceedings. We would however hope that matters are dealt with swiftly.

We are also pleased that the Jury has exonerated Liverpool supporters from being in any way to blame for the disaster. We put on record our disgust that the police once again used the coroner’s court as a vehicle for reiterating lies in respect of fans behaviour. They did it at the original inquests and even though the HIP report in 2012 illustrated a web of conspiracy, cover-up and lies on the part of SYP, nevertheless they attempted at these new inquests to once more influence the jury to the detriment of supporters. Shame on them. We also wish to record our anger at the coroner for choosing to put fans behaviour to the jury to consider as a contributory factor in causing the deaths of the 96.

The effects of these lies on good, honest supporters should not be underestimated. To the present day many fans remain traumatised. Others have committed suicide or attempted suicide. Too many have carried an unnecessary burden due to the lies perpetrated by those in power. Enough is enough. We applaud those fans who acted as rescuers on the day and we say to all those who continue to suffer; live your life with your heads held high. You told the truth.

These inquests have also highlighted the roles of Sheffield Wednesday Football Club, Sheffield City Council and the emergency services. We have always maintained that the Hillsborough ground was not fit for purpose. Evidence has proved us right. Safety arrangements instead of being paramount were slack and shoddy illustrating a systemic problem with both the local authority and the club. Fans were treated appallingly with little consideration being given to their well being.

Likewise the ambulance service responded in an inadequate manner to the emerging disaster in 1989. They failed to establish a proper emergency response and subsequently sought to cover up their failings. We are disgusted that so many years on and, in spite of previously apologising for their mistakes, they nevertheless used these new inquests to once again try to assert that victims had died early. By so doing they attempted yet again to absolve themselves from responsibility.

We have always known why the disaster happened. We had the witnesses who had seen, first hand, the devastation of that fateful day. Yet it has taken over twenty seven years for the dead to receive a proper verdict. The intervening years have been tortuous for families and survivors. They have seen senior police officer after senior police officer retire early and on full pensions. We have had to endure being policed by not one, but two former senior officers of South Yorkshire Police as Chief constables of Merseyside. Such was the contempt for Hillsborough families, survivors and the people of Liverpool and Merseyside.

We call for the immediate removal of the current chief constable of South Yorkshire Police. We also call for all senior officers involved on the day to lose their pension rights with immediate affect.

The HJC notes that at a time when so many people in this country are living in abject poverty, these proceedings have occurred at an enormous cost to the public purse. We wish this was not the case. Indeed it would not have been the case had David Duckenfield told the truth on the day of the Disaster and if subsequently the findings of Lord Justice Taylor had been accepted by South Yorkshire Police. The truth in this instance has come at a huge financial cost.

We would like to thank the jury members not only for reaching the correct verdict but also for their enduring commitment to these lengthy inquests. We note that they did not hear evidence from the 2012 HIP report that police deliberately lied, that statements were altered and fans were wrongly blamed. All credit therefore to the jury in reaching a verdict of unlawful killing.

Finally, we would like to acknowledge ourselves, the Hillsborough Justice Campaign, for we are the people and we are many. Bereaved families, survivors, supporters of the campaign for justice. We never gave up. We persisted over many years, in the face of great adversity. First we were ignored, then we were bullied. However we never went away. Eventually we were feared – because we wouldn’t go away. We forced the establishment to listen to us by our campaigning, whilst simultaneously offering support and help to families and survivors. We know what we did, the role we have played. We lost good people along the way. We will not forget them nor will we forget those who continue to suffer the trauma of 1989. We will continue to support those affected by the disaster in whatever way we can. 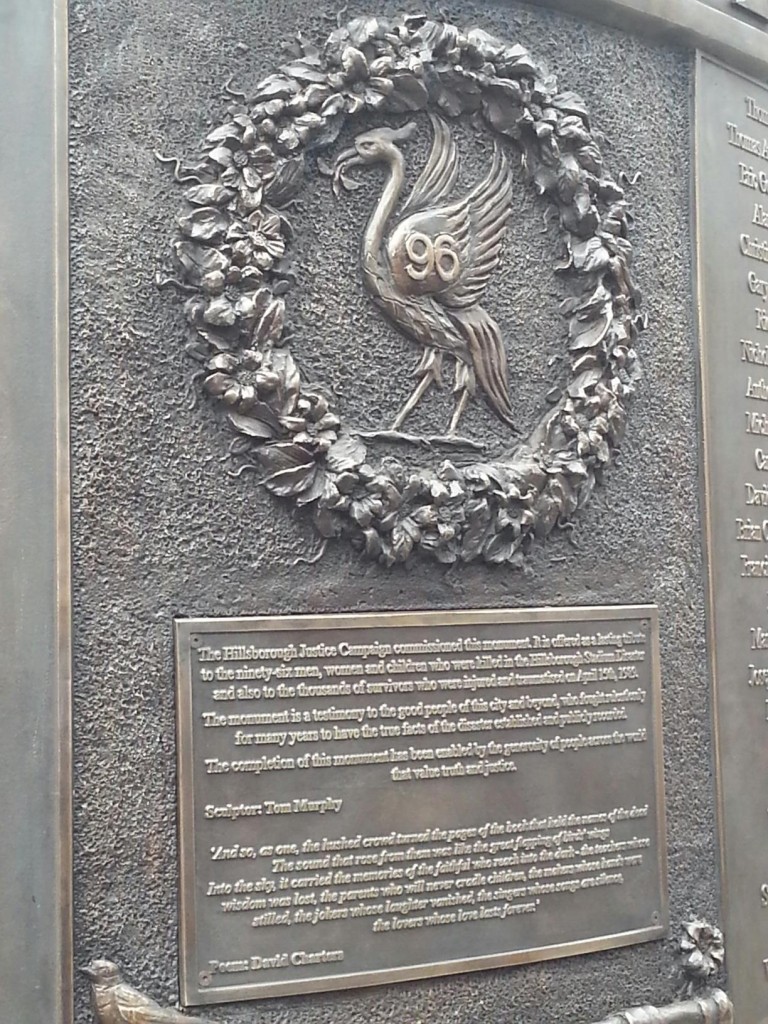