IT’S the middle of the transfer window and Liverpool fans are hoping to hear announcements of new signings. They sort of got that today, but it wasn’t for a new player, it was for the club’s latest partnership deal. To help pay for players, the Reds are now plugging doughnuts, coffee and ice cream, joining forces with Dunkin’ Donuts and Baskin-Robbins. 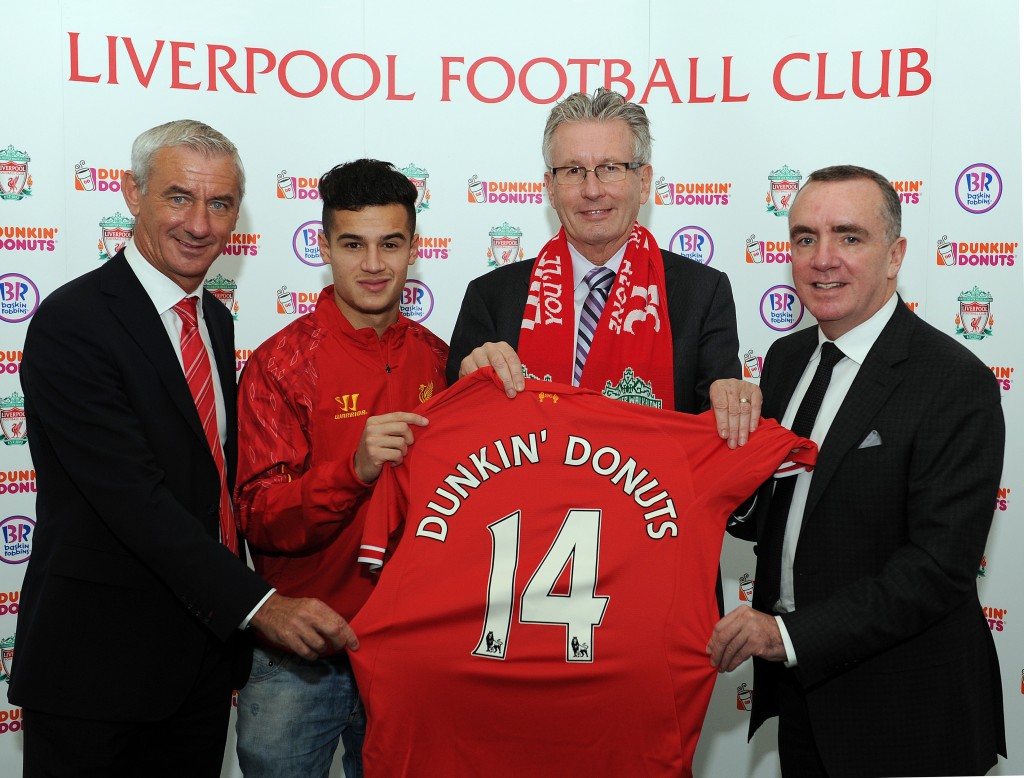 The “multi-year partnership” sees the Reds team up with Dunkin’ Brands Group, parent company of both both Dunkin’ Donuts and Baskin-Robbins and according to the blurb that accompanied the announcement, “Reds fans will benefit from this relationship as Dunkin’ look to expand their businesses into new territories.”

How will Reds fans benefit? “They will bring fans closer to the club through innovative promotions and activity across the globe,” says the press release.

LFC’s Chief Commercial Officer, Billy Hogan, was pretty pleased with the deal: “We’re delighted to be joining forces with Dunkin’ Brands, one of the world’s most iconic names.”

The brand has only just arrived back in the UK after a twenty year gap, pulling out in the nineties when it wasn’t quite working out. Pitchside electronic ad boards at Anfield have been alerting Liverpool fans to the return of Dunkin’ Donuts recently.

It won’t just be fans at home who’ll reap the rewards of their favourite sport side teaming up with a supplier of sugary snacks and treats, it’s a global thing: “Fans across the globe will benefit from this partnership,” Hogan claimed, “as Dunkin’ Brands look to expand their business in locations including the UK and Asia, bringing exciting partnership activation to new territories and ultimately helping to bring fans closer to the Club no matter how far away from Anfield they live.”

You can’t beat a bit of partnership activation.

John Costello, ‘President, Global Marketing and Innovation for Dunkin’ Brands’ seemed pretty pleased with it all too: “With 18 English league titles and five European Cups, Liverpool FC is one of the world’s most renowned football clubs, so  we’re very excited to partner with them as we continue to grow our two winning brands, Dunkin’ Donuts and Baskin-Robbins, around the world.”

Costello continued: “We look forward to working with Liverpool FC on a number of exciting marketing initiatives and engaging with football fans worldwide in the coming years through this partnership.”

There’s bound to be some outrage somewhere as a major sporting “brand” teams up with one associated with products hardly seen as health food, but for Liverpool it’s a chance to add some more money to the coffers.

The deal was announced today at Melwood, with Reds MD Ian Ayre and Dunkin’ Brands CEO Nigel Travis joined by Ian Rush and Philippe Coutinho for a photocall. 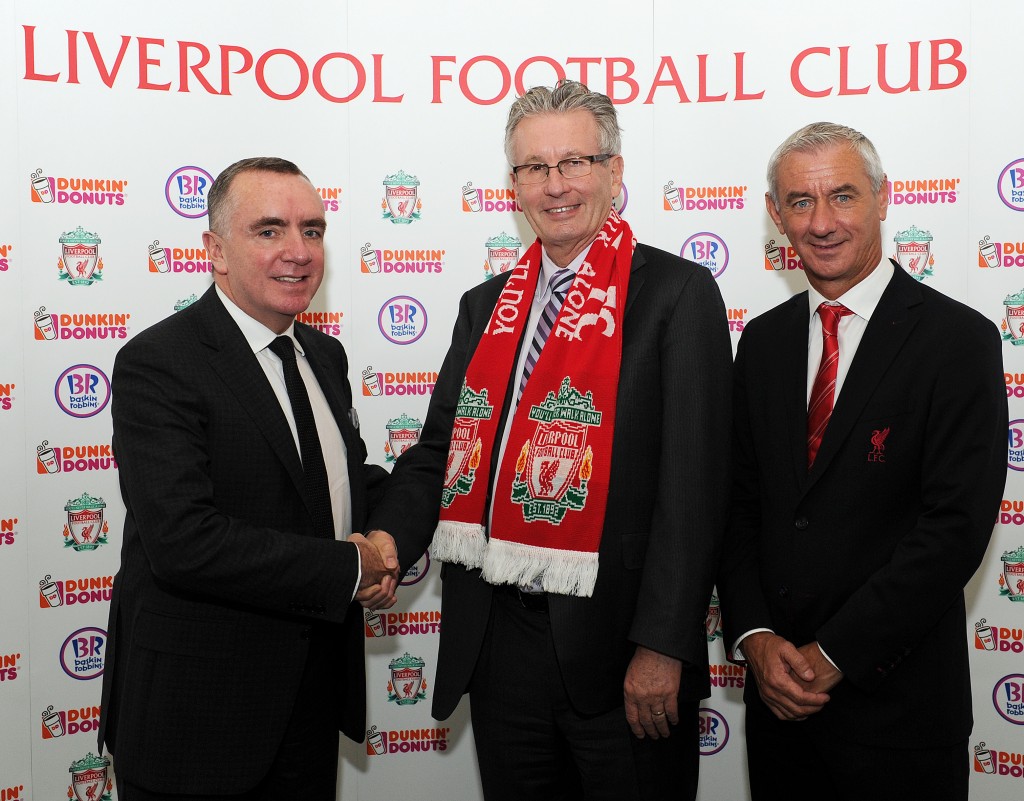