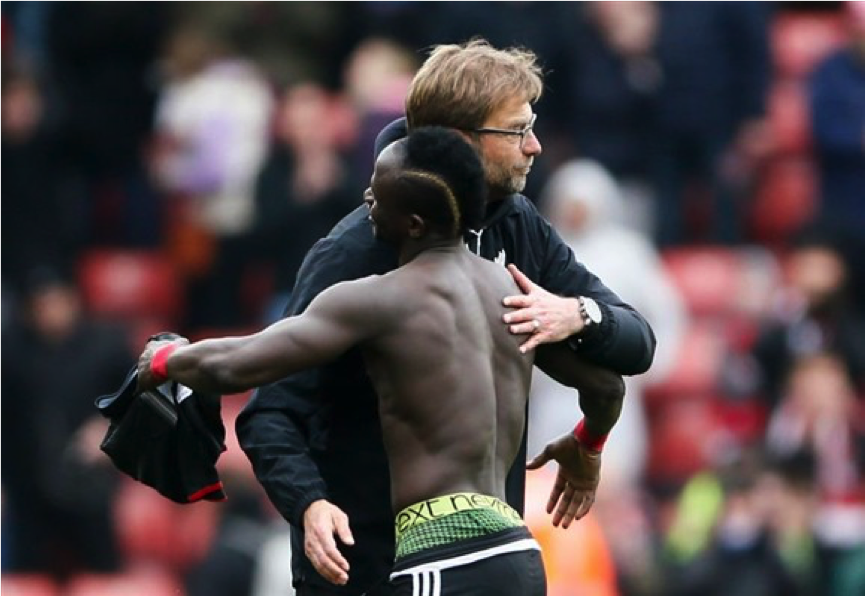 As Liverpool confirm the signing of yet another Southampton player, forward Sadio Mané, Sam May takes a look at why the former St.Mary’s player is the perfect fit for Liverpool.

“We talk about Messi and Neymar but honestly I don’t think these players are as good as Sadio Mané. I don’t think his development is finished yet. Sadio still has a long way to go before reaching his peak. He needs a really good coach to take him to the new level because his possibilities are enormous.”

Bold is perhaps the best word to describe these comments from Mady Toure, the man responsible for establishing the Generation Foot academy in Senegal from which Mané is considered among the most talented alumni.

With Mario Götze set to stay at Bayern Munich, the Reds have been forced to look elsewhere, as they look to boost their attacking options this summer.

At, 24, the Senegalese International is the perfect option for Klopp’s attacking line and has gone from zero to hero when arriving at Southampton for £11.8 million back in 2014. He was originally a target for Jürgen Klopp at Borussia Dortmund and Brendan Rodgers, but former Kop boss pulled out of moving for the former Red Bull Salzburg player two years ago.

Mané, who ended Robbie Fowler’s quickest Premier League hat-trick back in May last year, scored three goals in three minutes against a woeful Aston Villa. He has pace to burn, as strong and intelligent. He carries the ball well and offers the Reds something different to what they already have. There are not enough players at Anfield who can get behind their man with speed, and Mané does this, opening up forward space and drawing defenders.

He bagged 11 goals in the Premier League and made seven assists. Scoring more goals than any other Reds player, he unquestionably add to Liverpool’s attack. He is confortable of playing in the No.10 role, and made 18 out of his 30 starts for Southampton through the middle, so he has great versatility. Becoming one of the hottest prospects in the English game, he will develop further under the guidance of Klopp.

The fact is Mané had been playing in a similar style under former boss Ronald Koeman, a high-tempo, pressing game, similar to that of how Liverpool play. He will no doubt tap into Klopp’s method and the German boss would turn him into a world-class talent.

Reds fans want and need a player to help them reach great heights. A top four finish is a must. He will no doubt have to hit the ground running with his price tag of £30 million, but in reality £30 million is the new £20 million in the football world these days. To think he is worth the same as Waford’s Troy Deeney who is a target for Leicester, does this make Mané’s price tag seem reasonable?

Being a Senegalese International, he would potentially miss a month of action in January due to the African Cup of National being held in Gabon, Being their best player it is unlikely that the Senegalese FA would allow him to miss the tournament. In the space of a season, Mané has developed from a player that would not look out of place in the Championship to one that Southampton fans would probably argue is worth upwards of £40 million.