Talk by Brendan Rodgers of a posse looking to drive him out of town is being met with incredulity by many, but ex-Red Jamie Redknapp feels his latest comments were brought on by the relief of winning a game at a time when he is under immense pressure.

Former Liverpool midfielder Jamie Redknapp denies there is vendetta he is aware of against Brendan Rodgers, but says he can understand the angry reaction from the Liverpool boss this weekend to the mounting criticism he continues to face.

Rodgers hit out at his critics after the Reds’ 3-2 home win over Aston Villa brought to an end a poor run of results for his expensively assembled side. Rodgers seemed to imply there was a conspiracy against him, claiming: “I’m pretty confident there’s a group of people who don’t want me here as the manager.” 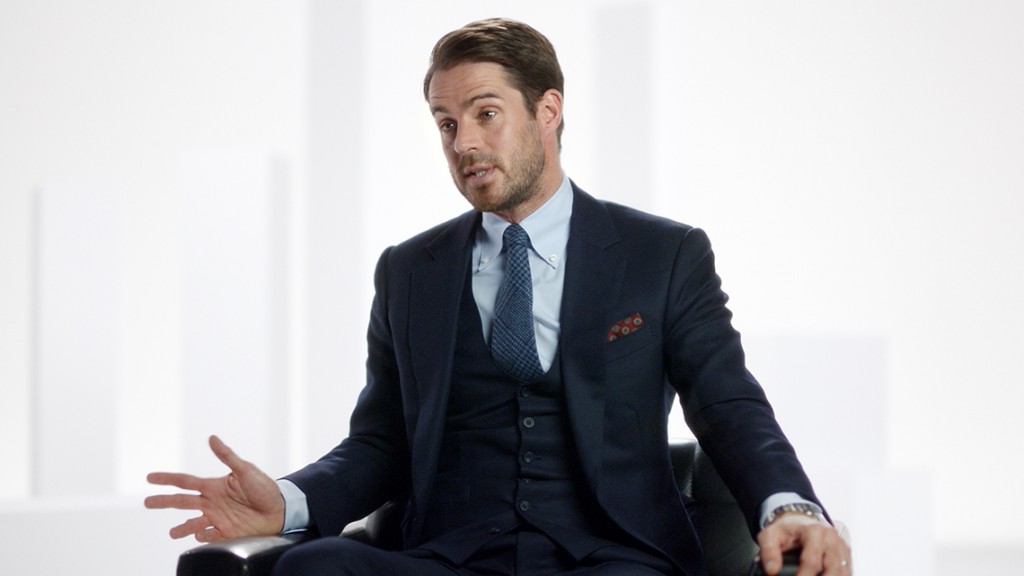 Quite who that group is Rodgers isn’t saying, but some feel he is referring to unnamed former players. It’s a reaction that has caused incredulity across the fanbase and as far as former players are concerned Redknapp for one says he is unaware of any campaign: “I saw that there was a bit in the paper the other day saying that Brendan felt there was a campaign against him, and that he was maybe blaming ex-players for that,” Redknapp told the Liverpool Echo.

“I don’t think that’s the case at all, personally,” he said.

Fans – and many former Liverpool players consider themselves to be fans too – basically want what’s best for their club and when they feel there is something to be concerned about will naturally express those concerns and share their opinions on how to solve them.

Redknapp said: “At the end of the day, people are just giving their honest opinions on the team that they care about.”

Rodgers was brought in to get Liverpool back towards the top of the league, where Liverpool fans expect them to be, but it’s the top of the bookmakers’ sack race he’s currently closest to, with only Dick Advocaat in his way for that particular accolade. Click here to find a highly rated sports betting site, with the odds on Rodgers being the next for the chop as short as 8/5.

Rodgers’ comments have added more weight to the arguments of those who feel he isn’t equipped for the job at a massive club like Liverpool, but Redknapp had some sympathy for him having seen his own father, Harry Redknapp, after matches he managed during his career.

“I can understand why Brendan said what he did after the game on Saturday, because it’s emotional,” Jamie said. “I know what my dad was like after games, he would do his press conference and then afterwards he would say ‘Why did I do that? Why am I picking a fight here?’”

Redknapp, nowadays a full-time part of the Sky Sports team, believes Rodgers’ comments came from the relief of seeing his side pick up the points from what was being largely billed as a ‘must-win’ game.

“If you can imagine what it’s like,” Jamie said, “You’ve got the weight of the world on your shoulders, you’re winning 3-2 in a game you simply have to win, and when that final whistle goes you feel like you want to fight the world. It’s a release.” 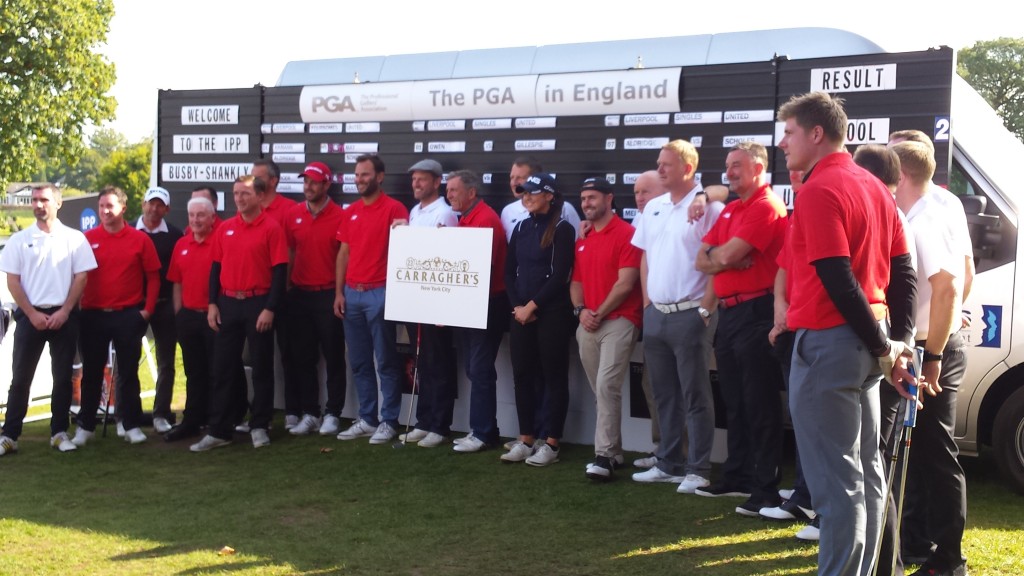 Jamie, who was taking part in a charity golf game between Liverpool and Manchester United legends, says that while he can understand the reasons behind Brendan’s outburst the only real answer to the critics is to win matches.

Redknapp does feel a little sorry for the manager: “I actually have sympathy for Brendan,” he says.

“He’s lost Suarez, he’s lost Sturridge for the best part of 12 months through injury, he’s lost Sterling and he’s lost probably the best Liverpool player ever, in Steven Gerrard, so it was always going to be difficult to have that transition.”

Redknapp feels he’s on his last chance now, that fans’ patience has hit its limits and he won’t get away with another season like the last one: “He needs a good season. That’s the bottom line.

“I don’t think the fans will suffer another season like last, they want to be competing for the top four.”

Jamie did offer some hope to the beleaguered boss: “When he gets everybody fit, I like the look of what there is. I like Benteke, I love Coutinho, and when you have Daniel Sturridge up there as well, it makes such a difference.”

Rodgers’ time has already run out for a large number of fans who are calling for a change sooner rather than later. If the owners choose to stick rather than twist pressure will mount on the former Watford, Reading and Swansea boss, especially if Liverpool continue to drop points and leak goals in the manner they have for the last 12 months.

“You have to give it a bit of time,” Redknapp added. “It’s obviously not the perfect situation, because the manager is under immense pressure, and that then transmits to the players and the fans. But all you can do is win games.” 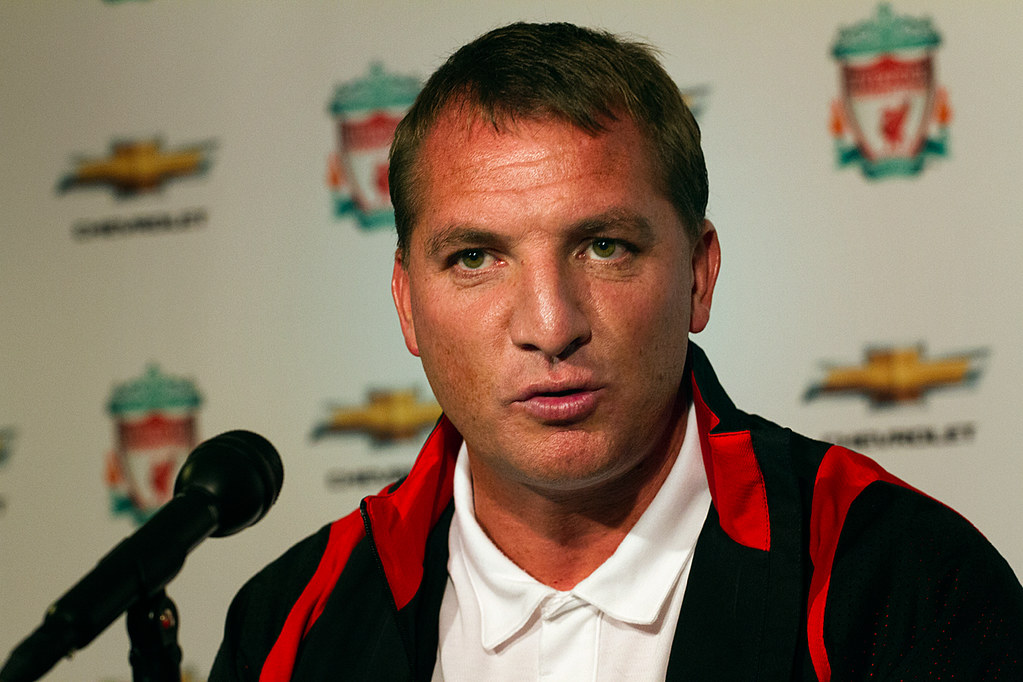 For a growing majority of fans, Rodgers has had all the time he deserves and without a good run of wins and, almost as importantly, good performances, he’ll be in no doubt as to the reasons why so many people are calling for a change in the Anfield hotseat.