Will Firmino help Liverpool to banish the gloom of last season?

Liverpool announced the signing of Brazilian forward Roberto Firmino from Hoffenheim this morning, subject to a medical, in a deal that reports say could cost the Reds up to £29m. Does his arrival signal a return to what was so good about 2013-14?

This is one of times in Liverpool’s history where fans are at loggerheads with each other, arguing amongst themselves about who is to blame for all that is wrong with the club. Blame is thrown at the manager, the owners, the transfer committee, the medical staff, individual players and even supporters in an attempt to work out how on earth to stop the rot that set in last season. At least fans do seem to be in agreement on something – LFC couldn’t carry on as they were and something had to change this summer. Today Liverpool announced a £29m signing, an attacking player, in an attempt to address arguably the most glaring problem of this depressing last year or so.

At least Liverpool did announce it. Fans got to learn about the sackings of Colin Pascoe and Mike Marsh, Brendan Rodgers’ assistant and first team coach, through the press and still await official confirmation of the decisions. News that one of the vacant posts would see the promotion of Pepijn Lijnders from his existing role as coach for the U16s is also yet to be confirmed by the club, who continue to look for someone to fill the assistant’s role.

“Liverpool Football Club are delighted to announce the signing of Roberto Firmino from Hoffenheim, subject to a medical which will take place immediately following the player’s participation in Copa America 2015 for Brazil.

“The 23-year-old has agreed a long-term contract with the club.”

That announcement followed a string of announcements of deals that fed the cynical and pessimistic side of the Reds support, including free transfers and new contracts for youngsters. Finally there was something to really shout about, even if only in money terms, although given it’s not even July yet the problem of transfer window impatience seems to be getting worse year on year. 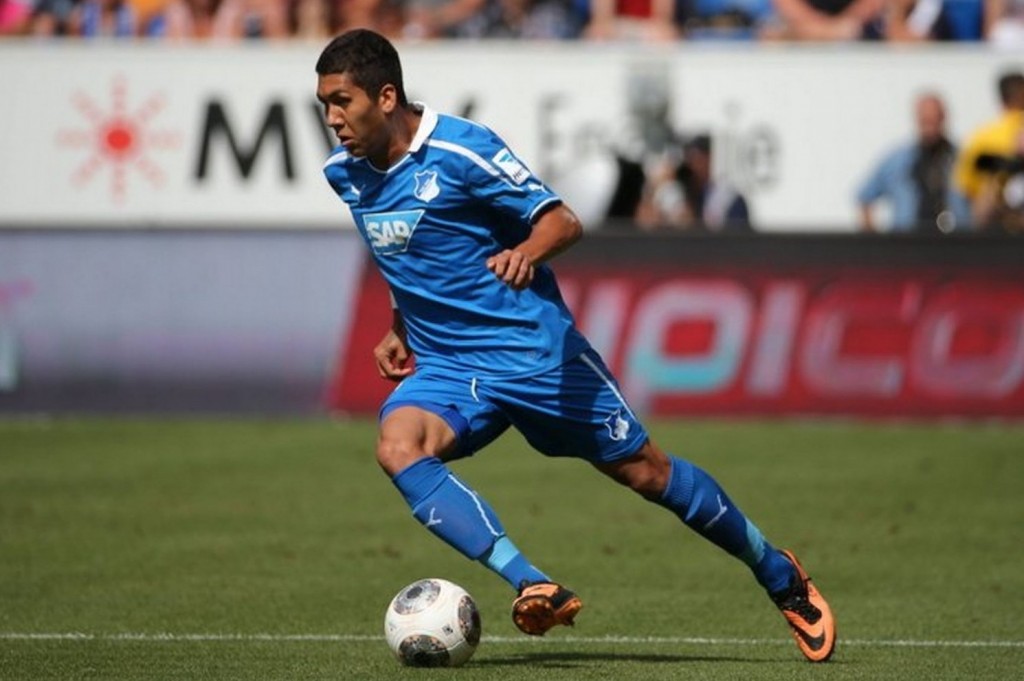 89% of fans who voted in a poll on this site said they felt it was time for Brendan Rodgers to go, a figure that will probably drop as the new season draws closer and fans try to wipe the slate clean. The problem is that for many of those 89% it won’t take much to conjure up memories of dismal days last season like the FA Cup semi-final, the visit of Manchester United or that final day trip to Stoke and with them their calls for him to step down or be sacked.

Not that any of those fans want to go through any more depressing days or miserable months, despite what Rodgers’ most infatuated supporters might claim. If all the changes being made this summer lead to the same kind of buzz that surrounded the team for most of the second half of the 2013-14 season then those more gloomy more recent memories will fade fast.

This is where Robert Firmino comes in, but Liverpool – and in particular Brendan Rodgers – really need to be careful about that. His price tag is a hefty enough weight to carry on his young shoulders, weigh them down that bit more with the kind of expectations that were placed on “the return to full fitness of Daniel Sturridge” and he might just be beaten before he even gets off a plane in England.

The club have released a couple of #FirminoLFC photos. One of them is better than the other. #LFC pic.twitter.com/DpZodxSk7Y

Even without the gift of hindsight it was obvious that Liverpool had done nowhere near enough to address not only the loss of Luis Suarez last summer but also the pressure on the fitness of other players that the addition of a clump of extra high-profile fixtures brings.

Daniel Sturridge had a history of injury problems – admittedly not as bad as last season’s turned out to be – and was out of action before Liverpool even got near their first Champions League game, meaning that Brendan Rodgers and his backers spent much of the first half of the season telling everyone not to panic, that it wasn’t surprising that Liverpool were struggling with both their previous season’s top scorers out of the picture and that all would be well as soon as Daniel was fit again. No mention of the fact £75m came in from the sale of Suarez, most of which was not used on replacement forwards, no mention of the fact that Sturridge would never have got through a whole season playing twice a week with the kind of intensity expected of him.

To this day it’s difficult to fathom what kind of decision making went on to allow such a situation to develop and it seems that, so far, nobody involved in those decisions has been blamed for them. Maybe they were given one last chance – here’s hoping that’s true and they aren’t rewarded for failure again, but more importantly here’s hoping they intend to take that chance with both hands.

It’s impossible to say with any certainty just how good Firmino will be for the Reds, and most people talking about him disagree on what his position is, with midfielder, forward and striker all words used to describe him. He’s said to be a number 10 who can also play up front on his own and based on that description it’s easy to picture him as someone who could maybe resurrect something like the Suarez role. That’s not to say he’s the new Suarez, just to say that prior to the Uruguayan’s final season at Anfield many fans and pundits alike were saying that Suarez wasn’t a centre-forward, he was as much creator as goalscorer and perhaps that’s what Firmino has been bought for, rather than as the source of most of next season’s goals.

It might take time for Firmino to settle into English football, just like it might take time for Danny Ings to adjust to life at a much bigger club than the one he’s just left. James Milner will bring some much-needed experience – but he isn’t Steven Gerrard in his prime and can’t be expected to lead a disjointed and uninterested squad very much further than the sixth place it was probably lucky to get as high as last season. Dejan Lovren has to improve, Mamadou Sakho has to play more and something needs to be done about the full-backs and fast so that the goalkeeper can go into the new season full of confidence and trusting those around him.

All of this needs to happen within the confines of systems the players are comfortable and confident to play in.

When the Sturridge excuse began to wear thin last season the transition excuse took over, one that hardly helps boost optimism for this coming campaign given how many more changes there will be to contend with.

Perhaps that’s where the changes to the coaching staff can be key. Staff who can work with individuals or smaller groups to get the best out of them might just be the difference that helps bring about another season like 2013-14 – or maybe one just a little bit better.

In fact rather than using transition as an excuse for a poor start that leads to more excuses about a poor continuation Liverpool need to use all of these changes, large and small, expected or unexpected, to turn themselves into a brand-new and deadly surprise package.

Firmino is just one part of that package, and whatever our realistic expectations might be or should be, it’s surprising what a bit of hope and belief can do for a side. Here’s hoping Firmino helps us to carry one where we left off a few games before the end of 2013-14.