Members of Liverpool’s triumphant 2005 Champions League winning squad are putting on a show next year to celebrate ten years since that crazy night – and you can be there courtesy of Anfield Road.

We’re giving away two pairs of tickets to the Istanbul Reunion Night, to be held at Liverpool’s Echo Arena on May 25 2015.

It’ll be a night to remember the highs and lows of a night that even now takes some effort to believe really happened. Three down at half time, three all at full time, Shevchenko missing that penalty. As if that wasn’t enough we then had the homecoming with the streets of Liverpool lined with fans welcoming that famous trophy to its new permanent home as well as showing their feelings for the people who brought it for us. 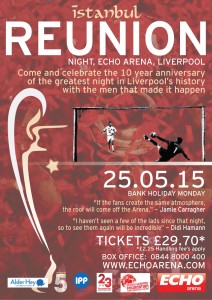 Tickets are available now on pre-sale (visit www.5times.co/istanbul to get the code) and as you can imagine are already selling fast.

No surprise. As Jamie Carragher says: “If the fans who were in Istanbul on the night come and create that same atmosphere, the roof will come off the Arena.”

To enter our competition for tickets, answer the following question:

Who scored Liverpool’s first goal in the 2005 Champions League final?

Send your answer to competitions@anfieldroad.com with a subject of ‘Istanbul Night’.

Prize is two general admission tickets to the event and does not include any travel or accomodation.

Tickets are available now with a pre-sale code available from www.5times.co/istanbul. 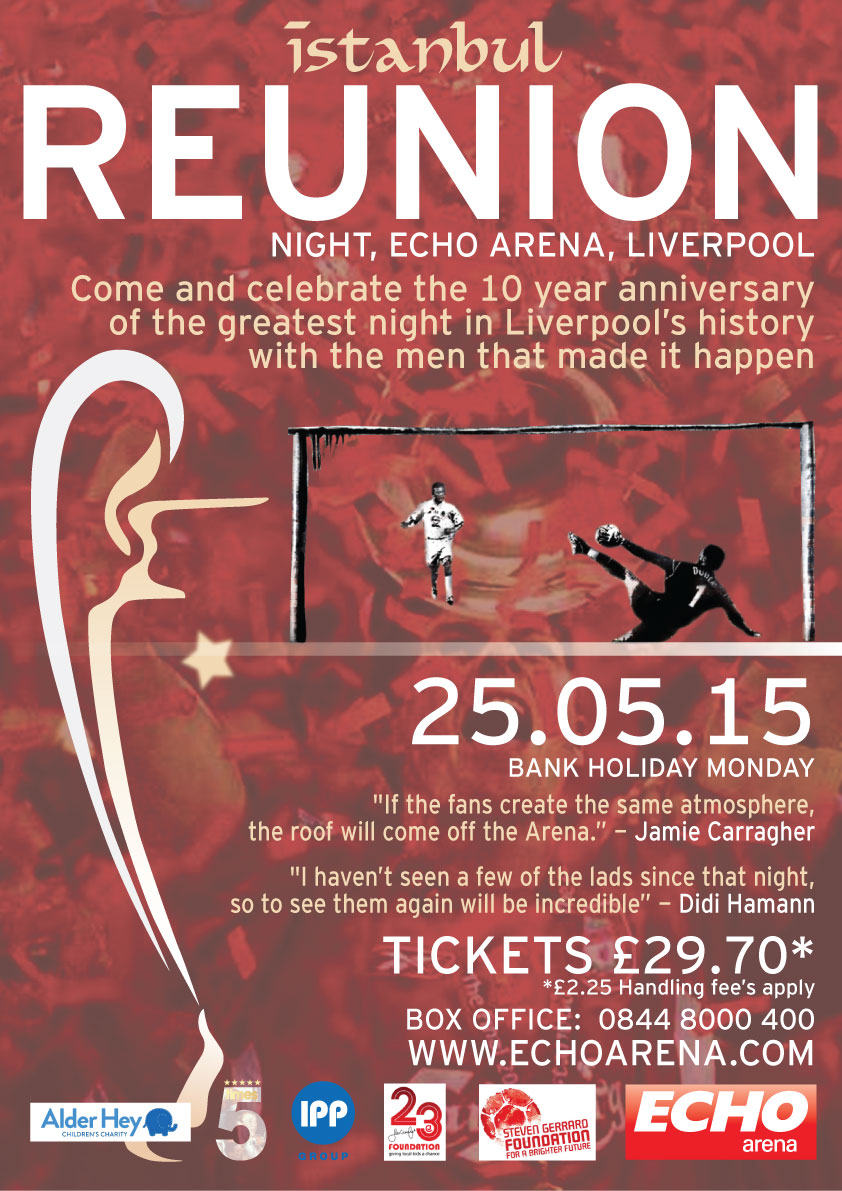