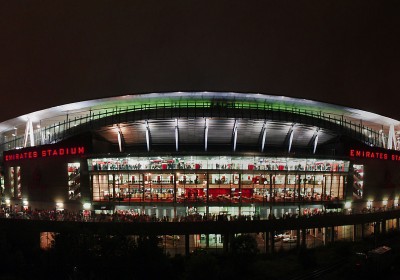 Two wins from two games sees Liverpool get off to as good a start as can be expected to a vitally important season, but now the Reds face their toughest opponents of the campaign so far, perennial top four side Arsenal. Is it a touch too tough given the narrow wins so far? The season is in some ways more […]

LIVERPOOL travel to White Hart Lane for Sunday’s early afternoon kick-off against Tottenham Hotspur and The Reds will be wary not to make too many assumptions about how the game might pan out. Watch Spurs v Liverpool live >> Looking at the league table it’s 17th v 6th with the home side having just got back from a trip to […]

How to watch Stoke v Liverpool

Liverpool are away to Stoke today in the Barclay’s Premier League and with it being a traditional 3pm Saturday kick-off it won’t be shown live on any of the UK’s TV channels. This makes it difficult for Reds without one of the 2753 allocated away tickets to see it. The game will be shown live on TV around the world […]

Craig Bellamy made his Liverpool debut, first time round, in a Champions League qualifier at Anfield in 2006. It was a scoring debut, his 33rd minute goal helping Liverpool to victory in that first leg and setting the club on the road to the final in Athens nine months later. That match ended Liverpool 2 Maccabi Haifa 1 with Bellamy […]