Five players who could add to the Anfield exodus 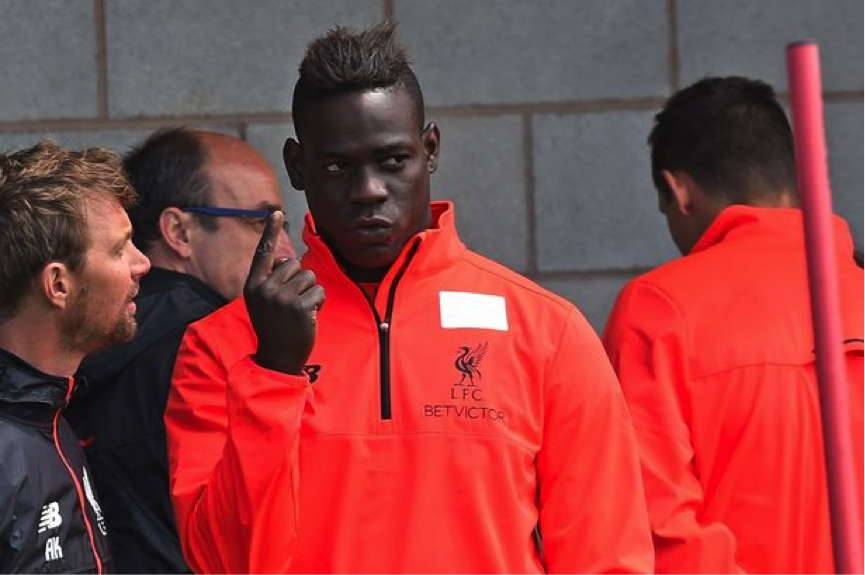 Following the departure of Joe Allen to Stoke for £13 million, and Brad Smith to Bournemouth, Sam May takes a look at five players who are mostly likely to follow them through the Anfield exit door.

Many fans will still be wondering why the Reds problematic striker is still at the club. Klopp has told the 25-year-old that he has no future, having failed to secure a regular starting birth since his arrival in 2014 for £16 million. Both Sampdoria and Besiktas have shown an interest in the striker, and with unrest surrounding Besiktas’ Mario Gomez, this has prompted them to make a move for Balotelli. He scored just three goals on-loan with AC Milan last season, adding to the four in his only season with Liverpool in 2014/15.

Alberto has found life on Merseyside difficult since arriving from Sevilla in 2014 for £6.8 million. Signed by former manager Brendan Rodgers, the 23-year-old, who spent last season on-loan at Deportivo La Coruña impressed during his time back in his homeland. His former club Sevilla are interested in bringing him back to Andalusia, but a move seems to have cooled at present following the departure of Unai Emery to Paris St Germain. The Spaniard would be the perfect replacement for Grzegorz Krychowiak who followed former manager Emery to the French capital. The attacking midfielder has more to offer but a move a away from Anfield would suit both parties.

Wisdom, 23, who spent last season on-loan at Norwich City has previously been linked with a re-union with former manager Brendan Rodgers at Celtic. The Bhoys could make a move for the versatile Wisdom who can play at centre back and right back, following their defensive injuries and the out of favour Efe Ambrose. Leeds born Wisdom needs to be playing week in week out so a permanent move away would be best to get his career back on track. He doesn’t fit into Klopp’s pressing game and would be behind the likes of Lovren, Sakho and new signings Joël Matip and Ragnar Klavan in the pecking order.

The 22-year-old Serbian winger has suffered a tough time with the Reds since his £25 million move from Benfica in 2014. Spending last season on-loan at Fenerbahçe, he could be another player who could move on. Many fans would say he needs to be given one more season to show what he is capable of, but the fact is, he isn’t a Klopp player and not lived up to the expectation of what he shown at Benfica. Eyebrows were raised at his transfer fee when he joined the Reds and if moved, the club may only receive a cut-price fee for him.

Scouse heartbeat Flanagan, has been linked with a move to Burnley on-loan. A loan move would be ideal for a player who needs regular game time. Celtic and former Reds boss Rodgers has expressed an interest in the player who was regular under the Northern Irishman during his time at Anfield. Having been left out of Klopp’s squad that travelled to the USA the 23-year-old, England international, will look for a move away to get his career back on track. Being a fan favourite it would be sad to see such a devoted player leave the Reds.

Other departures could see Tiago llori follow close friend João Carlos Teixeira out of Anfield. Christian Benteke continues to be linked with a move to Crystal Palace in a £30 million deal, while Lucas also remains a target for Galatasaray.