With the Jurgen Klopp era now starting to take effect at Anfield, Liverpool’s new kit for the 2016/17 campaign by American manufacturer New Balance was leaked ahead of the intended launch on the 9th of May. The reveal of the new Liverpool shirt is always much anticipated amongst the Kop and the forthcoming season’s release is no exception, adding to an impressive portfolio of classic designs in years gone by.

Following this announcement, I have decided to take a nostalgic look at both past and present football kits that have become etched in the hearts of many Liverpool supporters, either through their classic appearance or because of an affinity that has been attached following one of the club’s many memorable achievements in its illustrious history. Here are my top five. 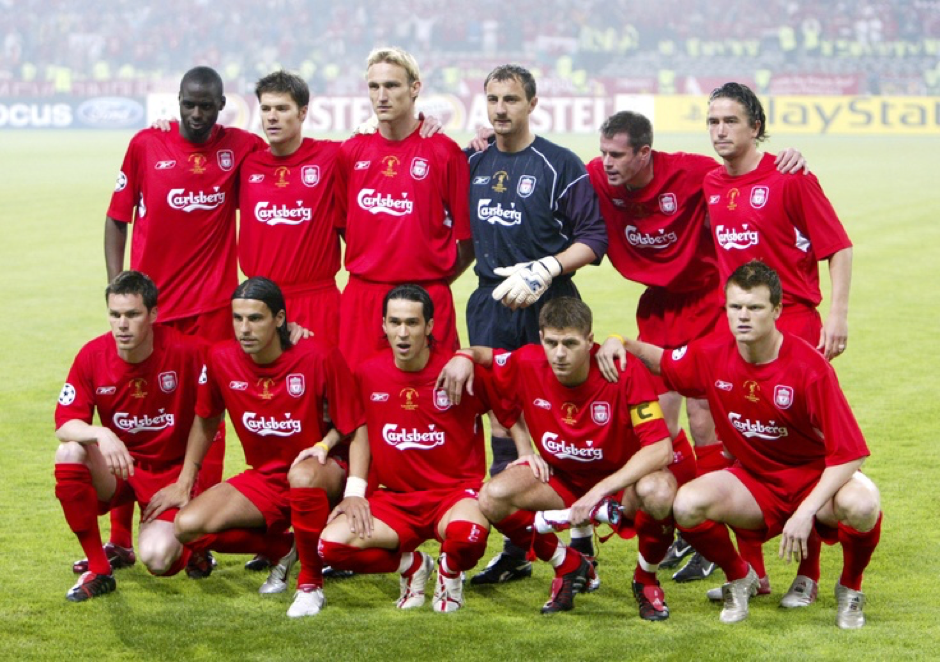 One word. Istanbul. The kit that sparked the greatest comeback in European Cup history. From its simplistic and smart design to the famous red Liver Bird that has been incorporated into the crest, this shirt more than any symbolises the prestige and will to win attached with this great football club.

From a visual perspective, the white stripes balance off against the scarlet red perfectly. This kit would not look out of place in the modern game and the subtle dashes of red around the v-neck collar and sleeve hems add a touch of panache to what is considered the greatest team to embellish the hallowed turf of Anfield. Pure class.

Without doubt, this iconic old-school strip, typically worn with long-sleeves remains a pivotal part of Bill Shankly’s legacy. It was in 1964 that their dynamic leader made the decision for Liverpool to switch to an all red kit which has now become synonymous with the club. Shankly believed that the introduction of the all crimson apparel had a huge psychological affect on everyone connected with the club. “You know something… tonight I went out onto Anfield and for the first time there was a glow like a fire was burning,” claimed Shankly.

This sweet offering was the first Liverpool shirt to be sponsored by domestic applier manufacturer Candy and always divides opinions amongst the Anfield faithful. The traditional three stripes of Adidas adorn the shoulder and complement the stylish white collar. Cult-heros such as Ian Rush and Peter Beardsley have graced this particular number on their back – surely that is enough to silence the doubters?

Liverpool stuck with this shirt for two seasons with its classic collar look embodying Roy Evans’ fearless side who were arguably one of the Premier League’s most exciting and aesthetically pleasing team of the 1990s. This kit signified the emergence of a young Michael Owen who went on to form a compelling strike partnership with Anfield hero Robbie Fowler. However despite this trophy-less period, the Carlsberg era would experience glory on the biggest stage further down the line.

How does Liverpool’s new kit stand up to these timeless pieces of attire with its definitive yellow lettering and flashes of gold across the neck and sleeve lines? If you haven’t seen it yet then there are photos of it at the UKSoccershop blog. I suspect the minimalistic; one button style will cause a difference of opinion amongst supporters, especially as it bears a strong resemblance to the home kit donned by arch-rivals Manchester United last season. Where does the 2016/16 design rank in your favourite Liverpool kits of all-time?