Top 10 players who could leave Liverpool this summer 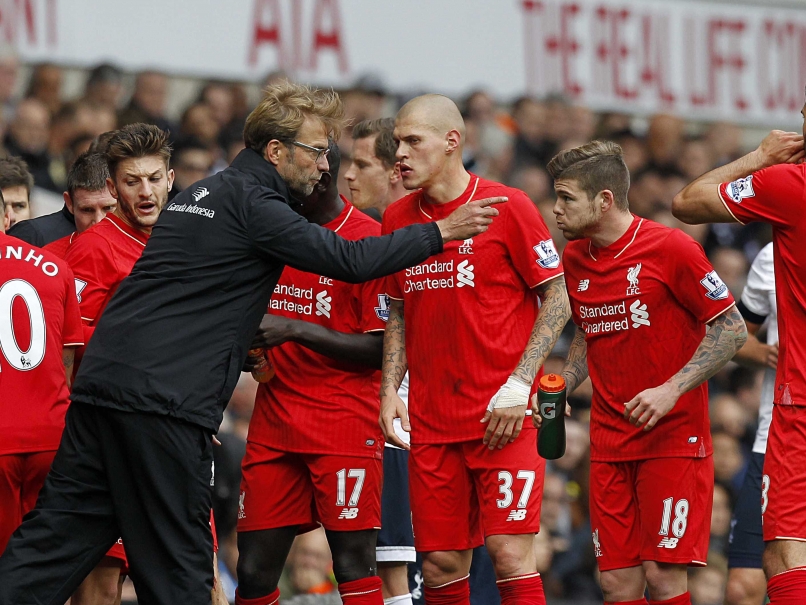 With Kolo Toure and Jerome Sinclair all but certain to leave Anfield in the summer, Sam May takes a look at other potential players who could be heading through the Anfield exit door.

The 25-year old Belgium international has failed to live up to his £32.5 million price tag since joining from Aston Villa in the summer. Having had the chance to put the game out of sight against Southampton, he dragged the ball across the face of the goal, a miss that proved costly. Despite gaining confidence from his penalty at Crystal Palace, it is clear he doesn’t fit Liverpool’s style. The fans have been left frustrated by his recent displays and a move could be ideal for all parties. Having seen limited game time; a move could be the right choice for the player as he looks to recapture his form. Behind Sturridge and Origi, Benteke has previously been linked with a move to Tottenham as back up to Harry Kane, but whether this could happen in the summer is unknown.

It would be seen as surprise to most Liverpool fans should he leave Anfield. It seems since taking over the armband from Reds’ legend Steven Gerrard, Henderson hasn’t been the player, fans would have been hoping for. Pressure of trying to live up to the expectations it seems. His performances have dipped and been disappointing of late. Liverpool need a leader in the middle of midfield, somebody who can take control, and be a game changer. With his relentless energy, being tenacity in the tackle and growing leadership skills, he’s a player who seems well equipped to perform in Klopp’s setup – just not as a captain. Recently linked with a £25 million move to Tottenham, it seems Liverpool could be persuaded to cash in on the 25 year-old in the summer. Klopp will see the qualities the England international adds to the team, although he will be acutely aware that if this is a side that is going to challenge for the top honours, many areas of the XI, including central midfield, need upgrading.

Perhaps not the most popular man since his display against Southampton with many fans calling for the 31-year old to be axed. In the first half, the chase for Champions League football was on… then came on Martin Skrtel. By the end of the match, it was totally different. It wasn’t just the fact they had shipped two goals it was the fact the Reds’ lost the game. It was a nightmare return and 45 minutes for the defender, a day to forget. Despite this, we shouldn’t take away the fact; he has been one of the most solid defenders since arriving eight years ago from Zenit St. Petersburg, it’s a season too far. Having made his debut back in 2008 in the FA Cup against Havant and Waterlooville, the Slovakian defender has made over 300 appearances for the club. It seems time is running out for Skrtel. With the arrival of Joel Matip in the summer and another potential centre back, there could be no place for the long serving centre back. Tah? Süle? Subotic? These are just a couple of names Liverpool could target as his replacement.

Spaniard Moreno has failed to live up to expectations since sealing a £12 million move from Sevilla in 2014. Scoring his first goal in the 3-0 victory over Tottenham that year – Liverpool fans thought they had a consistent and found a quality left back since John Arne Risse. Moreno does have something to offer, but he hasn’t lived to up what is required to make the grade at Anfield. He has blistering pace but commits needless fouls. Liverpool have recently been likened with many-left backs – but should Klopp sign 1. FC Köln Jonas Hector in the summer as his replacement? He would definitely be the perfect addition or rival Moreno for the left-back starting birth. He does however offer a balance to the equally forward-thinking Nathaniel Clyne on the opposite flank, and fits into Klopp’s style of play. No Liverpool player finds a team-mate with more deliveries into the box than Moreno, excluding corners. Should he be sold in the summer?

Almost a certainty to leave. Liverpool will look to offload the 30-year old Spaniard who is earning £65,000 a week. Recently, turning down a move to former club Newcastle it is not known where could move to in the summer. He has gone from being essential, to sporadic and has a mixed spell on Merseyside. With his contract expiring in June it’s not known whether he will find another club who will pay him the same wage. Jurgen Klopp had told Enrique that he wasn’t in his plans, but player himself decided to stay and try and fight for his place. Having signed in 2011 for £6 million by former manager and club legend Kenny Dalglish, he now finds himself a regular in the Under 21s, and behind Alberto Moreno and Brad Smith.

Seen at the time as a good move, Bogdan has made some high profile and costly errors since arriving on Merseyside. Most noticeably against Exeter and Watford, he has found himself behind current number one, Simon Mignolet and Danny Ward. Having failed to take his chance when given, it’s seems the 26-year old Hungarian stopper is surplus to requirements and will look for a new club when the window re-opens. Many goalkeepers have been linked with the Reds’ including: Timo Horn, Loris Karius, Bernd Leno and Marc-Andre ter Stegen, so it seems there isn’t a place for Bogdan.

Having recently been linked with a move to West Ham, it seems Liverpool could look to offload misfit, Mario Balotelli. The 25-year old, endured a tough time on Merseyside after joining the club from AC Milan in 2014. Having been shipped out on-loan by former manager Brendan Rodgers, who brought him in, he still hasn’t hit the ground running in Serie A, making just 10 appearances, scoring three goals. His agent Mino Raiola recently stated that Klopp could revive his Liverpool, but whether that will happen is unclear.

The 23-year old Portuguese attacking midfielder has recently been linked with a £12 million move to Fiorentina. Joining the Reds’ from Sporting Lisbon in 2012, he has had limited game time on Merseyside, becoming a fringe player. Having had spells with Brentford and Brighton on-loan, he was brought back to Liverpool hoping to revitalise his Anfield career. Many Liverpool fans hope he will be handed a deal in the summer, when his current contract runs-out. He has a lot to offer and needs to be given more of a chance it seems. Should Klopp keep him at Anfield?

Alberto made just nine appearances, since swapping Sevilla for Liverpool in 2013 in a £6.3 million deal. Brought in by Brendan Rodgers, he struggled to adapt to Premier League football and was shipped out on-loan to Malaga and Deportivo La Coruña, where he remains. He will return to pre-season training in the summer but could be moved on following the squad re-shuffle which is set to take place. Klopp will look to strengthen his midfield, and Alberto doesn’t fit the German’s style, a move seems very likely.

It seems a move away from Anfield is very likely. The 22-year old defender who is currently on-loan at Norwich City joined the Reds’ in 2008 from Bradford City. There is no place in the squad for Wisdom and a permanent move to the Canaries could be possible in summer. Making 22 appearances before moving out on-loan, he will look to find a new club this summer, as Klopp looks to strength his side ahead of the new campaign.