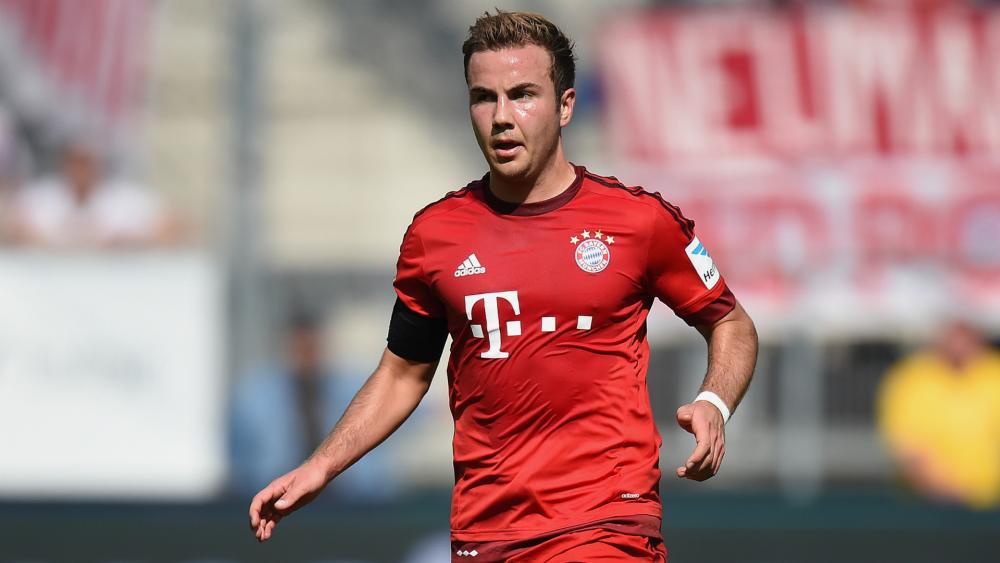 From winning the World Cup with Germany, to claiming four Bundesliga titles with Borussia Dortmund and Bayern Munich, why swapping the Allianz Arena for Anfield would be a great move for all parties, writes Sam May.

Jurgen Klopp is keen on a re-union with Mario Götze, as the German boss looks to bolster his squad in the summer ahead of the new campaign.

Honoured as “one of the best talents Germany has ever had”, by Bayern Munich sporting director Matthias Sammer, the glowing midfield magician – would write a new chapter for the Reds, should he swap the Bundesliga for the Barclays Premier League.

A step in the right direction going forward should we say. The World Cup wizard, who scored the winning goal in the final in Brazil back in 2014 after beating Argentina, has suffered a frustrating time in Bavaria of late.

Born in Memmingen, the 23-year old playmaker is seen as future Ballon d’Or winner. The fact is, his style would be a key part in what Klopp is trying to create at Liverpool. Under his former manager Klopp, the young, creative attacking midfielder played a huge part in Dortmund’s previous title successes and was a linchpin in the middle of the midfield. Unpicking locks under pressure against crowded defenses is a specialty element to his game.

After breaking in to the side at Dortmund he showed why German football has found a rare and immense talent. His flare, technical awareness, composure on the ball was evident to those in the Yellow Wall.

His €37 million transfer to Bayern Munich in 2013 was a surprising one. Becoming Guardiola’s first signing; he became German Football’s most expensive transfer, until Mesut Özil joined Arsenal. Klopp claimed Götze wanted to work under the stewardship of tactician Guardiola, using that as the reason for his departure. His career at the Bundesliga champions has never really took off. Spaniard Guardiola hasn’t gambled or given him the chance he would have wanted.

The fact is, he needs to be playing week in week out to look sharp and avoid looking sluggish on the pitch. He needs an arm around him, which Klopp will give him. It would also help him to get back to his best – a reunion with his former mentor? Being a versatile player he can play on either the left or right wing, attacking midfield role as well as the false nine position. His blistering pace, dribbling skills, tenacious tackling and play making capabilities has seen him become one of the best young players in world football. He has made just 12 appearances in this campaign, netting four times and making two assists. Despite his glowing CV at such a young age – the “German Messi” is determined to continue his development.

So just were would he fit in at Liverpool?

Klopp’s favoured 4-2-3-1 formation would be the perfect option for Götze. The Reds’ could continue to use shining star Roberto Firmino as a lone front man. He has made 37 appearances in all competitions to date, scoring nine goals and made nine assists. Some of Liverpool’s best displays have come when the 23-year old Brazilian has played at the tip of the attack. He impressed in the 4-1 win over Manchester City and is improving game by game. Moving Firmino would mean Götze would sit next to Coutinho. As the jury is still out on Benteke, moving Firmino could be a shrewd move. As Götze can play on the flanks, he can get between the lines of the fullbacks and get forward – this would also help Sturridge. James Milner, the two Brazilians and Jordan Ibe are options but Milner, Coutinho and Firmino like playing through the middle, so he could fit in there.

At 23, and the scorer of a World Cup winning goal, his confidence would rub off on the rest of the red men. Could Klopp secure his services?