Some people are lucky enough to be off work now that Christmas is approaching. Slightly less lucky but still doing well out of the deal are those who are in work but able to basically sit around and do nothing until the clock hits 5pm. If only.

Then again, some people are currently fighting over parking spaces and bread in their local supermarket thanks to the impending doom of the one day a year where some shops are shut. We’d rather just keep working. 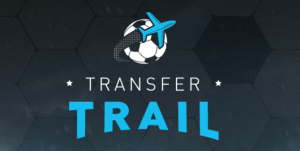 If you’re off, sciving, recovering from supermarket fights or reading this next July why not take five and have a go at this little game, developed by twentysix digital.

It’s all for fun, no prizes – other than the prize that is showing off to other people with your in-depth knowledge of the transfer merry go round.

You’re against the clock in this one, trying to identify which player matches the ‘transfer trail’ being shown to you. You’ll see the trail bounce from club to club, up and down the country and around the world and eventually you’ll work out who it is. If not you can guess – guess wrong and you lose 5 points.

For example, if Jamie Carragher was the answer you’d see the thing start at Liverpool, his first club, and then bounce to his next club which was of course…

Anyway – play, have fun, and don’t forget, your local off licence is probably open on Christmas Day anyway.