The science behind Liverpool's performances explained

A SERIES of scientific papers explaining the work done by Liverpool FC’s sport science team has just been published.

The team, led by Ryland Morgans, supports manager Brendan Rodgers to enhance the information available to him when making decisions on team selection, with the different needs of players like Steven Gerrard, Daniel Sturridge, Raheem Sterling and Jordan Henderson analysed in great detail. 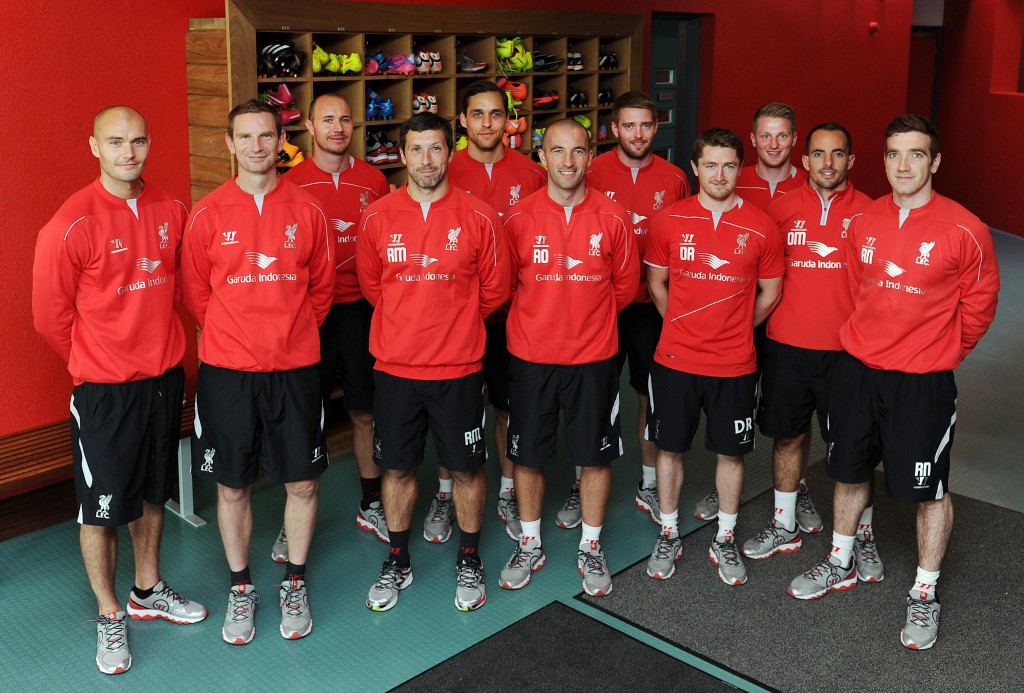 The sport science team work closely in conjunction with the manager, his coaches and the club’s physiotherapists, monitoring the physical condition of players and the physical aspects of training and preparation as well as providing the manager with information about where players are up to recovery-wise in relation to upcoming matches.

Ryland Morgans is Head of Fitness and Conditioning at LFC and he explained the importance of his team: “Our role is to develop individual programmes for players,” he says, “making sure they are conditioned to deal with the physical demands of the manager’s tactical strategy, which includes a high press when out of possession, and quick explosive transitions.

“We also monitor players during recovery periods between matches which is supported by a tailored nutritional strategy.

“We believe science underpins football and we aim to generate research that develops our knowledge of the game and our players’ responses to training and match-play.”

The club say that the research articles recently published from within its sports science department are unrivalled in Europe and that they have helped support decisions made by Rodgers and his staff to help achieve on-pitch success.

“The papers are currently being published in various peer-reviewed scientific journals around the world and will benefit those involved in the scientific rationale behind practice, as well as fans who are interested in the science that underpins football,” say the club.

Below: Full details of the research papers published in conjunction with Liverpool FC:

It is said that dominating ball possession during football matches is a feature of successful English Premier League (EPL) teams. Yet, supporting evidence is unclear.

We analysed a range of technical data for defending, midfield and attacking units from all EPL matches played in one season.

We discovered that successful short passes made by defenders was the biggest contributor to the final result of the game.

Findings suggest that successful EPL teams make use of defenders to build-up play. Maintaining possession via short passes allows the attacking team to move the opponents around the pitch and wait for attacking opportunities to emerge.

Changes in physical performance variables in an English Championship League team across the competitive season: the effect of possession

For this study we monitored and analysed changes in physical match performance of six players from a Championship league team over the course of a season.  We also examined the effects of team possession.

Sprint and high intensity distances and the frequency of these efforts were greater in early-season, and were significantly reduced at mid-and-late-season. However, none of these variables were related to team possession.

Total distance covered by players was consistent throughout the season but it was found that players covered less distance when they were in possession of the ball – 29m less for every 1% increase in possession.

Therefore the physical demand on players was lower when the team was in possession of the ball, suggesting better quality teams are able to maintain possession for longer periods in a match which would mean they require less recovery time due to less sprinting and high intensity running.

Technical and physical performance over an English Championship League season

The English Championship League (ECL) has a demanding ten-month schedule exposing players to residual fatigue if they play the majority of matches, which could reduce physical and technical match performance towards the end of the season.

Over one season we studied 11 ECL players who played the majority of matches to see if differences in physical and technical performance occurred.

From the home matches analysed, only total distance covered was different, it was highest at mid-season (December) compared to two months later (February).

Team possession remained stable throughout the season and the relative total distance covered by the team was calculated to be less (72metres per minute) when the team were in possession.

In summary, maintaining possession during matches may reduce physical demands imposed on players and help preserve performance throughout the season.

The changes in match demands when a team is promoted from the English Championship League (ECL) to the English Premier League (EPL) remain unknown. To date, estimates of between league differences are made using different teams.

This study explores differences in physical and technical performance of players who competed in the ECL and then the EPL following promotion.

Although total distance covered over the season was the only measure to significantly differ between the ECL and EPL, the 3% increase in total distance in the EPL was deemed practically non-significant.

In the EPL, players had an extra 57 ± 6 hours between matches, yet this had little effect on total, sprint and high intensity distances.

In summary, higher league standard may not require greater physical capacity and developing a tactical strategy to suit the ability of players that is sustainable across leagues is important.

Due to be published in: International Journal of Sport Science and Coaching

This study took saliva samples of 10 elite professional football players to monitor for salivary immunoglobulin A, which helps protect against upper respiratory tract infections, before and after training sessions.

Players took part in four training sessions with varying high and low intensity and durations. Training intensity was monitored as internal (through heart rate responses and RPE) and external (through GPS) loads.

Baseline and pre training salivary immunoglobulin A did not differ between the four training sessions both for high and low intensity.

We examined the effects of an intensive fixture schedule on salivary immunoglobulin A concentration in professional football players from the English Premier League. Saliva samples were taken from 21 males who participated in seven games over a 30-day period during December 2013 and January 2014 (games one to five occurred in a 15-day period).

Data showed, for the first time, that a congested winter fixture schedule could cause concern in the lack of immunity for upper respiratory tract infections in professional football players.

We set out to monitor levels of salivary immunoglobulin A levels in international football players during the short-term training period that precedes international match play.

Saliva samples were taken from thirteen outfield footballers who participated in the training camps preceding seven games (five home and two away) of the 2014 FIFA World Cup qualifying campaign.

Salivary immunoglobulin A showed a progressive decline during the 4-day training period such that MD-1 values were significantly lower than both MD-4 and MD-3.

The data collected shows that a short-term training camp in preparation for international competition can lower salivary immunoglobulin A, leaving world-class athletes susceptible to a lack of immunity Future studies should monitor salivary immunoglobulin A (as a practical and non-invasive measurement of immunity) alongside internal and external measures of training load in an attempt to strategically individualise training and nutritional strategies that may support optimal preparation for high-level competition.

The purpose of this study was to examine the hormonal and neuromuscular responses and physical match performance in a second match after 75 hours of recovery in English Championship League (ECL) football players during a mid-season weekly period.

Team possession was greater in match two compared to match one (48 to 62%) while average pass frequency by each player increased in match two.

High intensity running was significantly greater during the second half of match 2 in comparison to the first half.

Salivary cortisol was significantly elevated immediately post-match one compared to baseline. Jump height was reduced post-match one for up to 40 hours.

In conclusion, the ECL football players in this study did not experience impaired physical performance in the second match after 75 hours of recovery, indicating that players coped with this short recovery period between matches. In addition, support for the use of athlete monitoring to assess recovery status is evident since each match elicited different post-match hormonal and neuromuscular responses.

Body composition assessment of English Premier League soccer players: a comparative DXA analysis of first team, U21 and U18 squads

Professional soccer players from the first team under twenty-one and under eighteen squads of an English Premier League soccer team were assessed for whole body and regional estimates of body composition using dual-energy X-ray absorptiometry (DXA). Per cent body fat was lower in 1st team compared with both U21 and U18 players. However, this difference was not due to variations in fat mass between squads but rather the presence of more lean mass in 1st team and U21 compared with U18 players. Accordingly, fat mass index was not different between squads, whereas lean mass index was greater in 1st team players compared with U18 players. Differences in lean mass were also reflective of higher lean tissue mass in all regions, for example, upper limbs/lower limbs and trunk. Data suggest that training and nutritional interventions for younger players should therefore be targeted to lean mass growth as opposed to body fat loss. 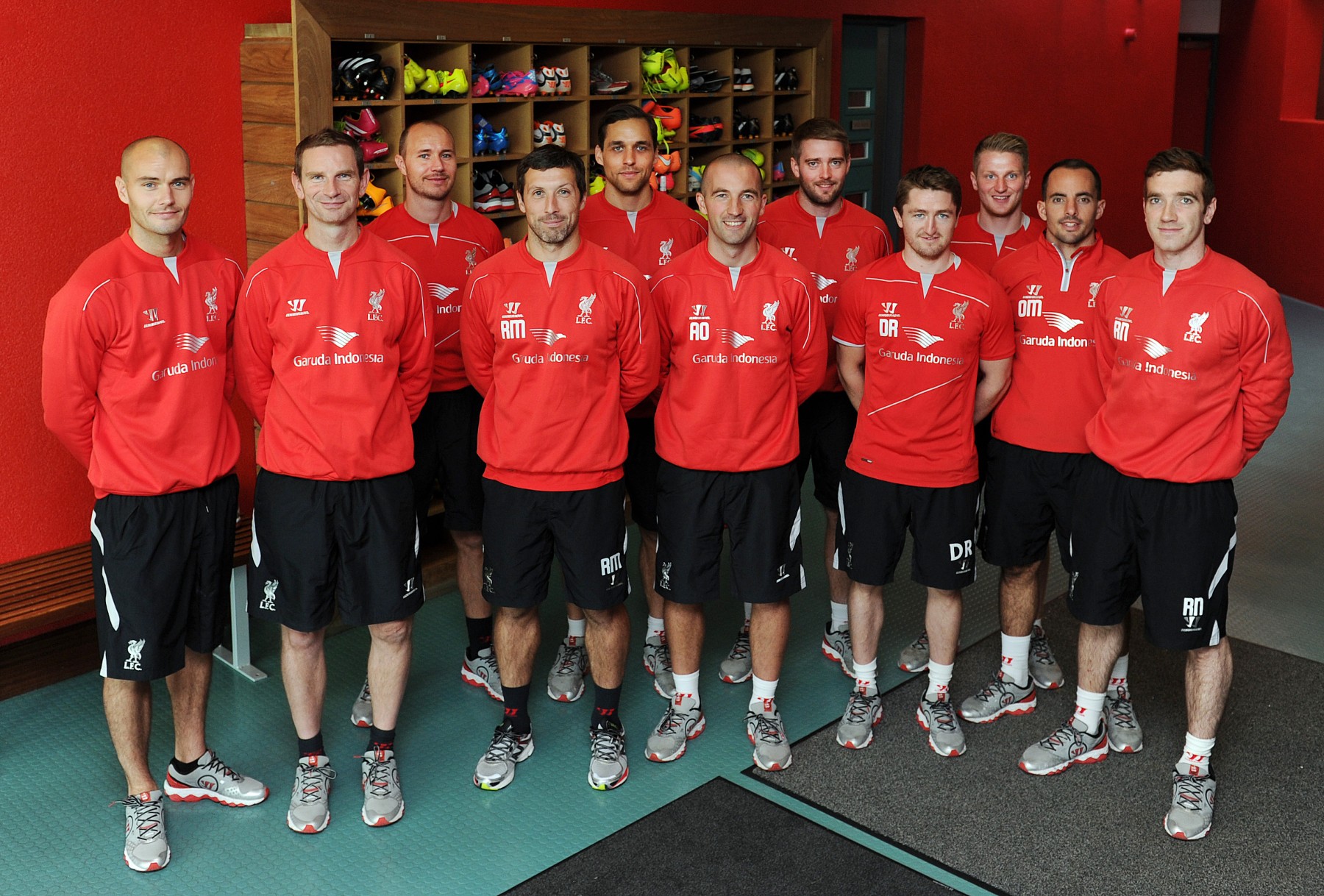