INSPIRED by the sheer ruthlessness in front of goal provided by Daniel Sturridge and Luis Suarez, Liverpool came within a whisker of winning the Premier League title in 2013-14, eventually finishing two points behind Manchester City in second. But the departure of Suarez, coupled with the added demands of Champions League football forced Brendan Rodgers into a busy summer in the transfer market.

With so much to live up to, there has been intense scrutiny on the new faces at Melwood as the club’s form has been woefully inconsistent this time around. Of the eight that arrived, none have been spotlighted more than enigmatic Italian Mario Balotelli, who returned to England following 19 months back in Italy and has continued to be a magnet for publicity. 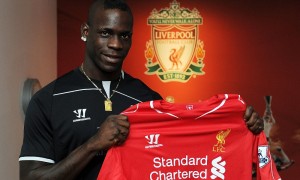 It is fair to say that he has not had things all his own way, having become a magnet for criticism. Just two goals since moving to Anfield is far from what was expected, while a lack of obvious work rate has led to obvious comparisons to Suarez, who is a perennial livewire.

It remains to be seen how long Brendan Rodgers and indeed the supporters will keep their patience, but there must be concerns that Balotelli has now become a scapegoat for the club’s struggles, while fellow summer signing Rickie Lambert continues to be forced to settle for a place on the bench.

As a result, the 33-year-old has had few opportunities to prove himself, but seems to be trying too hard to impress whenever he does take to the field. The same could arguably be said about Lazar Markovic, who has not quite been able to build on his confidence and technique.

Lambert was one of three players to arrive from Southampton. Plenty was expected of Adam Lallana thanks to his displays for club and country, but so far he has failed to establish himself in the starting XI. Injury forced the midfielder to wait for his first appearance and despite showing a great amount of energy; much more is expected of a player who cost £25m.

Croatia international Dejan Lovren was brought in to be the player to solve Liverpool’s defensive problems, but has failed to do so, often looking a nervous wreck alongside Martin Skrtel, appearing uncomfortable with the ball at his feet. On the right of the defence Javier Manquillo has been solid if unspectacular since joining on loan from Atletico Madrid.

The two most promising acquisitions so far have been midfielder Emre Can and left-back Alberto Moreno. The German U-21 international has the potential to be a key player for Liverpool for many years thanks to his immense strength and ability, while Moreno possesses searing pace and flair when he bombs forward and looks set to be another important figure despite displaying occasional naivety.

But overall, Rodgers’ inability to accommodate all of these new arrivals has been a factor in Liverpool’s poor form. While more is expected, they all offer hope for the future, but in terms of the immediate horizon, they look to joined a club slipping backwards after last season’s achievements.

You can play European Fantasy Football against your friends and prove yourself as the expert armchair football manager, with Eurofantasyleague.com