FOLLOWING on from the brand-new all-red and brand-new all-yellow kits, Liverpool today officially revealed the third of their new kits for the summer, this time in all-black. With red on it. Not quite Dennis the Menace – and just as well, given the imminent departure of Gnasher.

The kit will be used as a “third kit” in domestic games and as the away kit in the Champions League, where Liverpool will be making their first appearance since the departure of Rafa Benitez. 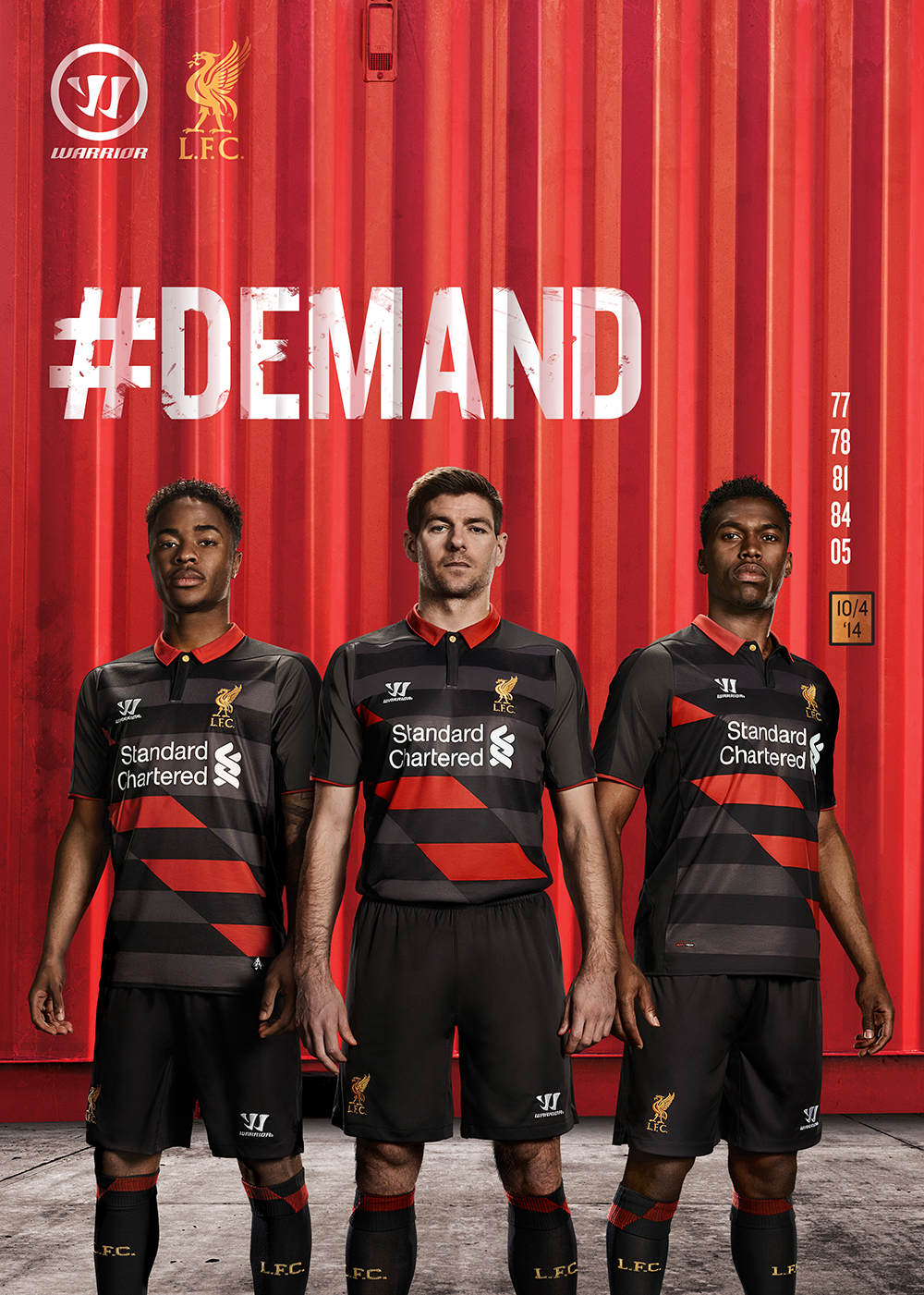 One of Benitez’s signings, the ever-popular Luis Garcia, says he likes the new outfit: “As a former player and now a fan I’m so excited to see Liverpool back in the Champions League,” commented Luis Garcia who was instrumental in getting the Reds to the UEFA Champions League final in 2005.

“I love the way this shirt looks. The red collar on the black shirt gives it a very stylish look and as always, Warrior have incorporated the best material and details to keep players comfortable whilst playing.”

According to the press release, “Warrior has combined modern design with functionality. Incorporating polyester mesh pique into the main body of the shirt and high-stretch breathable mesh panels in vital areas such as the underarm and side seams ensures the kit supports greater diversity of movement, whilst also enabling increased air flow to regulate body temperature. 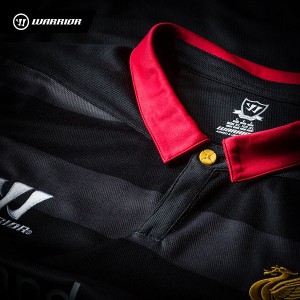 “The chequered sash is new to Anfield and is complemented by a classic red collar – a stylish and performance enhancing kit. In line with the home and away versions, an embroidered Liver Bird sits prominently as the club crest, while two commemorative Eternal Flames and a 96 logo are positioned on the nape of the neck.”

Current manager Brendan Rodgers, who began pre-season with some of his squad at Melwood today, didn’t just enthuse about this kit, he enthused about all three, about the group: “It’s great that Warrior has considered both style and performance with each kit in this new collection. It’s important for the team that they look and feel like a formidable force on the pitch and I think all three kits achieve that.”

Warrior Football’s General Manager, Richard Wright, had this to say about the latest design: “This kit compliments the red home and yellow away perfectly, creating a collection which is distinctive and fresh. It has the nostalgic essence of past kits in line with the cutting-edge football Brendan Rodgers has brought back to Anfield. We can’t wait to see LFC compete in the third kit on Europe’s elite stage next season.”

The plan is to give it its first run-out with the first team in Liverpool’s game against Olympiacos at Soldier Field Stadium in Chicago on Sunday 27 July, part of their pre-season US tour which also takes them to Boston, New York, Charlotte and, depending on results, possibly Miami.

If you want to order it go to one of LFC’s various official stores from July 22nd or visit www.liverpoolfc.com/store for pre-orders.