At a time when many people are finding e-books and e-magazines are more convenient than physical copies it’s actually quite refreshing now and again when a book comes out that needs to be seen in paper, physical, form to be enjoyed properly.

The Official Treasures of Liverpool FC, now in its second edition, is an interactive book in the old way. Supplied in a box, the book contains over 20 pieces of “exciting and rare items of removable facsimile memorabilia”. In other words, it has bits you can take out, hold in your hands and look at, like old match tickets, postcards, telegrams and more. 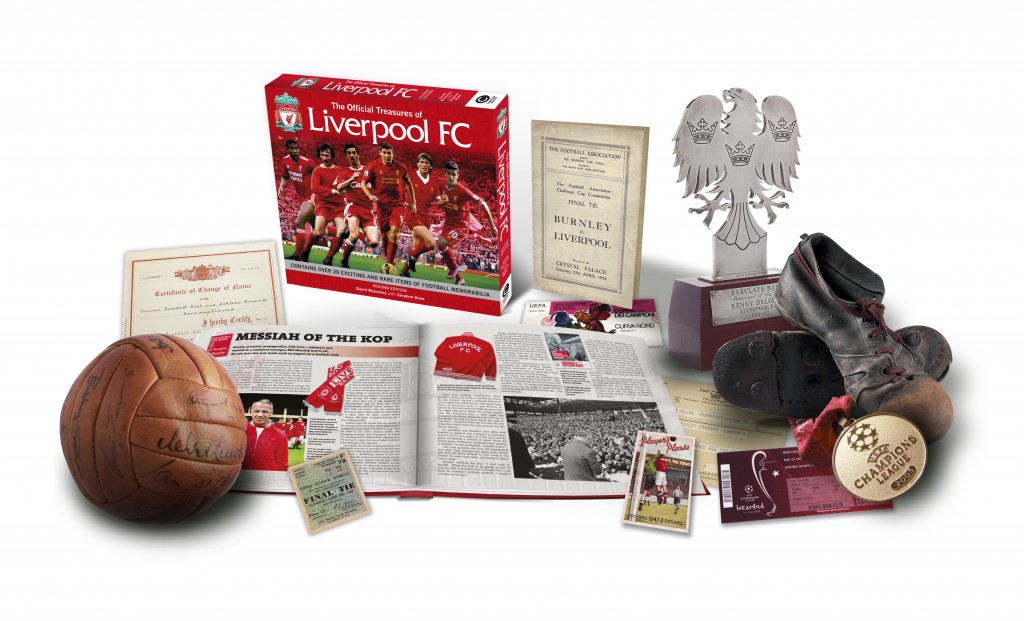 The Official Treasures of Liverpool FC – with some other memorabilia

The book was put together by Liverpool FC’s Museum Curator Stephen Done along with former Liverpool Echo sports writer and founder of The Kop magazine, David Walmsley and follows the club’s story from its formation in 1892 up until the present day. Ian Rush launched the book last night at the club’s official store at Liverpool One.

Speaking at the event, Rushie said: “I feel honoured to help launch The Official Treasures of Liverpool FC and it’s even better to be actually included within the book itself. The club has a huge amount of history and heritage and to have it all housed in one place, in such an interesting and visual book, is fantastic for fans.”

Co-author Stephen Done explained why he was so proud to have been involved in its creation: “As a passionate fan of the Reds myself, it has been great to pull together what is almost a visual encyclopaedia of our history.

“What is also so great about The Official Treasures of Liverpool FC, is the 20 removable pieces of memorabilia, which are identical copies of some of our most rare Club artefacts. An absolute must for all die-hard fans.”

* Published by Carlton books, The Official Treasures of Liverpool is available now from Amazon and elsewhere. At the time of writing, the book was on sale on Amazon for £19.20.