Martinez in Miami – with John Henry

EIGHT days after flying Kenny Dalglish to Boston to sack him John W Henry has flown Roberto Martinez to Miami to, presumably, offer him the Liverpool manager’s job.

On a day that saw Liverpool officially confirm previously leaked appointments for Jen Chang (corporate relations and communications director) and Billy Hogan (chief commercial officer) Henry looks to have settled for the Wigan Athletic manager as the man to turn a squad that has finished between sixth and eighth over the past three seasons into one that get into the top three and earn a guaranteed Champions League place. Martinez’s job this season was to avoid the bottom three, something he did achieve after his side had spent most of the season in that relegation zone. 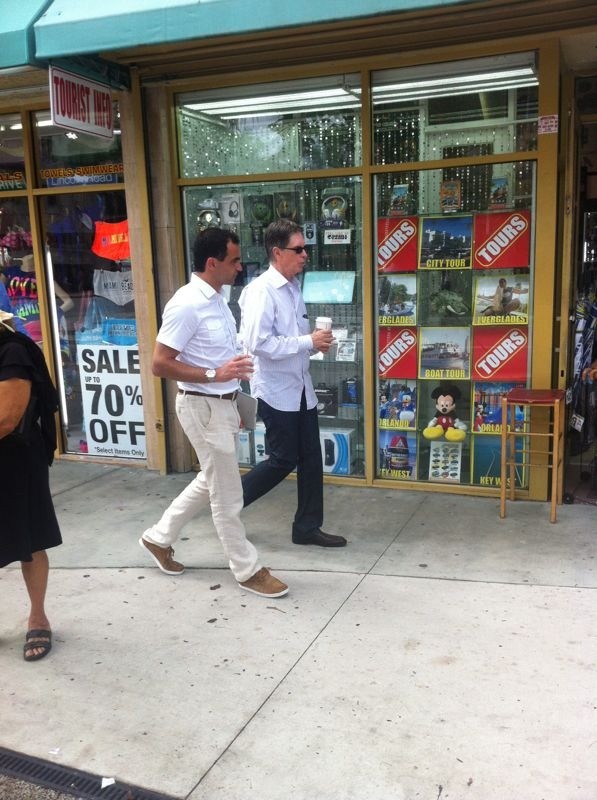 Henry and Martinez in Miami today (Pic by @nihar247)

Briefings to journalists over the past week have included claims that the club were going to be looking at a shortlist of up to twelve names and that Pep Guardiola would be on that list.

To also have Brendan Rodgers on the list (Swansea confirmed Liverpool’s approach) suggests someone doing the briefing thinks Liverpool supporters were born yesterday and don’t remember a similar charade play out ahead of the announcement that Roy Hodgson would be Liverpool boss in 2010.

Interest in André Villas-Boas doesn’t seem to have been serious and calls from some supporters for FSG to at least speak to Rafa Benitez have fallen on deaf ears.

Martinez was pictured with Henry earlier today outside a shop in Miami with a Mickey Mouse toy in the window next to another store trying to offload bargains at a 70% discount. Although there were some claims, or perhaps hopes, that the picture was a fake, those hopes were soon dashed when another picture emerged. This one, apparently showing the original photograph being taken, featured the couple from a different angle. Wigan chairman Dave Whelan had claimed earlier in the day that Martinez was in Miami, “presumably” meeting Liverpool’s principal owner.

The report (on Bloomberg) that broke the Billy Hogan story also said Ian Ayre was now responsible for transfers and contract negotiations. Other reports say Liverpool will be announcing the appointment of a Sporting Director and a Technical Director in coming days or weeks. There is a feeling in some circles that Ayre’s days in the Reds boardroom are numbered at a club that is no longer too concerned about breaking contracts. 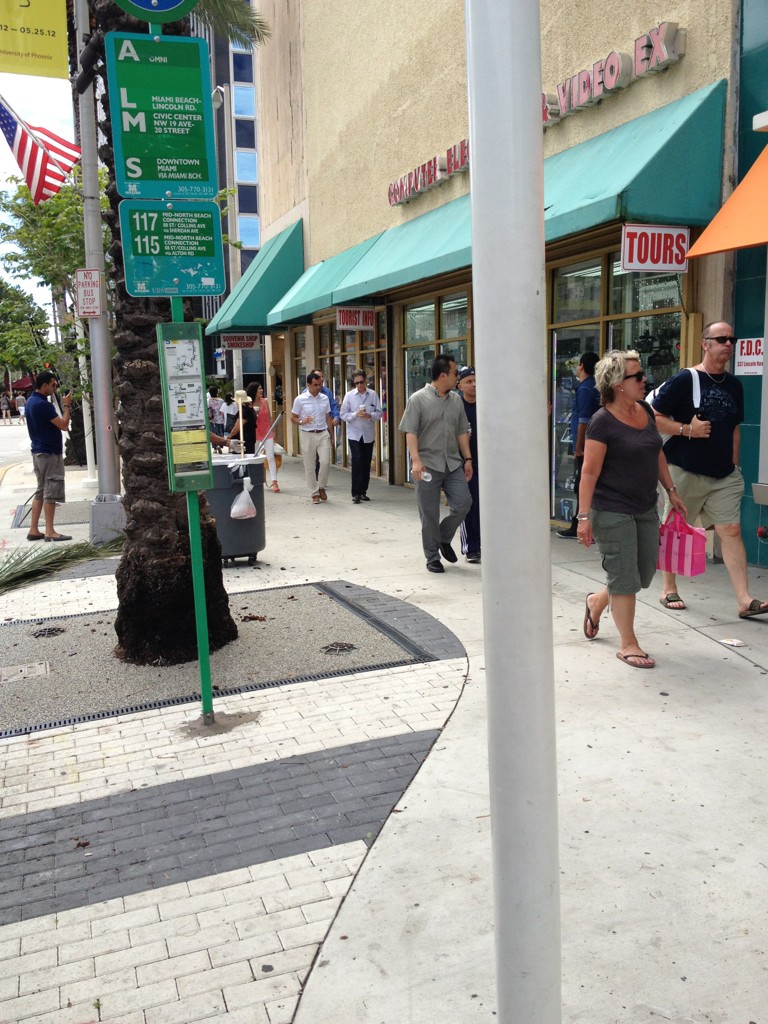 Henry and Martinez getting snapped in Miami (pic via @nihar247)

Although the levels of confidence amongst supporters don’t quite reach the depths of that felt ahead of Roy Hodgson’s appointment two years ago the news is certainly not catching the imagination of many fans. Whoever does get the job will get support from supporters but without results from the off that support will not be sustained. However it won’t necessarily be the manager getting it in the neck if things aren’t working out as the season goes on.

FSG and the club are continuing to fob supporters off with vague claims of “progress” on the stadium front. Ian Ayre has admitted that, essentially, cups don’t really have an important place in Liverpool’s plans for the future yet the club are expected to stick with the same ticketing arrangements and pricing in place last season for cup matches, when those matches were actually taken seriously. Sacking Kenny Dalglish for not getting into the top four is understandable – but less so if the follow-up plan doesn’t show serious ambition to achieve that top four finish.

This is a big summer for FSG and Liverpool. Get it right and it’ll be a proud milestone in the club’s history. Get it wrong and it may see the return of a difficult relationship between supporters and owners. Fingers crossed it’s the former.