IT might only be the semi-final but tomorrow’s FA Cup semi-final has already got the feel of being a final in its own right. Liverpool against Everton at Wembley, no cup to lift but no better way of lifting the spirits of whichever side wins. And this is not time to talk about what it will do the side that doesn’t.

It’s not just a trophy that’s missing from this ‘final’. There aren’t any cup final songs. Or at least there weren’t.

Robbie Fowler, Bill Shankly, Rhys Jones, Gary Ablett and the Hillsborough 96 all get namechecked in a new hip-hop song released by LFC and local rapper Jamie Broad ahead of tomorrow’s match.

Twenty eight years ago, Liverpool and Everton met in the League Cup final at Wembley. Supporters from the two best teams in the country travelled down to the capital together and ended up chanting ‘Merseyside, Merseyside’ as both sets of players completed a lap of honour.

Five years later and Wembley was again the setting for another final – the Hillsborough final. On that day, in 1989, Everton fans stood side by side with their Liverpool counterparts as they remembered the 96 fans who went to a semi-final and never returned.

There’s a lot of romanticising about just how friendly the ‘friendly’ derby actually was – even back then – but one thing’s for sure, it was a lot more innocent and good-natured than it has been in recent times. But, as the Hillsborough memorial service proves every year, when Evertonians turn up in their blue shirts to remember the loved ones this city lost 23 years ago this weekend, the mutual respect between the two club’s supporters hasn’t totally disappeared.

It was certainly there inside Anfield on the night when ‘Z-Cars’ replaced ‘You’ll Never Walk Alone’ in memory of Rhys Jones and it was there at the funeral for Gary Ablett earlier this year. 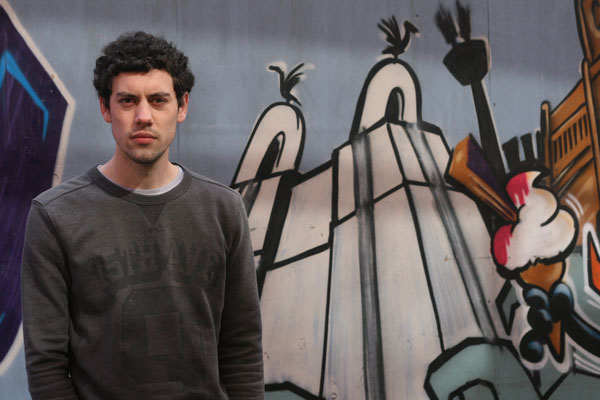 On Saturday, just like on every other occasion the two teams have met, there will be families on Merseyside split in terms of who they’ll be supporting. Reds and Blues have always co-existed in households across the city and that’s very much the case where rapper Jamie Broad lives. A big Blue, Jamie’s parents both pledge allegiance to the Red of Liverpool.

His great nan even had LFC tattooed on her arm.

With the clock ticking down to kick-off of the most important derby for over 20 years, LFC has teamed up with Jamie, one of the most promising young rappers in the city, to record ‘Scousers on Wembley Way (Knock-A-Door Dash remix)’ – a track that celebrates both clubs and, in doing so, lists some of the things that unite us all, including a quest for Justice for the 96.

Jamie Broad may be a Blue, we’re most definitely Reds but if we can help a young lad from Liverpool realise his rap dream and remind a few fans from both sides of Stanley Park about just what makes Merseyside football so special, we’ll be more than happy.

Watch the video created by LFC TV now (and you can join in, lyrics are below).

I remember back when I was growing up before my rap days
I could hear Goodison from my house on match days
It was so Iconic
So of course I’m a Blue, my first kit had Ferguson number 9 on it
Everton my team – I didn’t care for the rest
But then – I’m a Blue but my parents are Reds
We’re split across family lines whatever team we choose to be ours
My great Nan had LFC tattooed on her arms
I remember playin in the street as kids we watched
An some wore everton shirts and some wore liverpool tops
Before spitting them hot bars
I only started rapping cos of the Anfield rap and John Barnes
Now you could never change me
Been growin my hair for years now and tryna make it look like Fellaini’s
I’m a fan first, just another character
I’m the next Jamie after Redknapp and Carragher
I’m talkin my roots
I remember Liverpool turning up for a final dressed in white suits
I’m talkin the Spice Boys, how could I not?
When McManaman ran the flanks and Fowler was god
I was at David Moyes’ first game, it was heaven
Unsworth scored a goal after 27 seconds
And I had a new hero I was aware of that
Cos he’s got red hair but like we don’t care and that
When Liverpool came around I could hardly wait
Back when I used to look forward to derby days
Now I’m almost too nervous to see it
Cos I still remember McAllisters free-kick
I thought I could never watch the rest
Then Pepe Reina threw the ball at Andy Johnson’s head
I almost find derby’s too stressful to watch
Hopin the ball don’t fall to Gerrard on the edge of the box
I spend the game with my eyes covered by my hands
Hopin that Tim Cahill will be punchin the flag
Cos when the Blues and Reds play
If you lose it’s horrible seein your mates the next day
The friendly derby of blue shirts, red shirts and red cards
Whether it’s You’ll never walk alone or Z-Cars
But when it’s one of ours we’ve always been close
Like when Zcars played at Anfield for Rhys Jones
I’m talking Gary Ablett – mersey pride
At Wembley after Hillsborough, both fans chanting Merseyside
Cos it’s right we did
As a city all were askin for is Justice for the 96
So expose the lies and open wide
All the files the government has chose to hide
Cos there were lies about Liver daughters, Liver sons
And that’s why we don’t ever buy The Sun
Cos we lost some of our own but we survive when we crash
The Liver Bird was phoenix to rise from the ash
So remember the hour
When we stuck a Liver Bird on each of the Wembley towers
It’s a Scouse occasion – Merseyside you know this
Both sets of Fans will travel down together on the coaches
The country will notice we’ll bring it back
They’ll see the greatest footballin city England has
The city of Shankly and Kendall or even just
Dalglish and Moyes, Dixie Dean, Ian Rush
Cos in my Liverpool home, hand on heart
We’re only really separated by Stanley Park
So it reminds me
Whether its YNWA or COYB
And the country will remember the days
When the Scousers took over the capital and Wembley Way 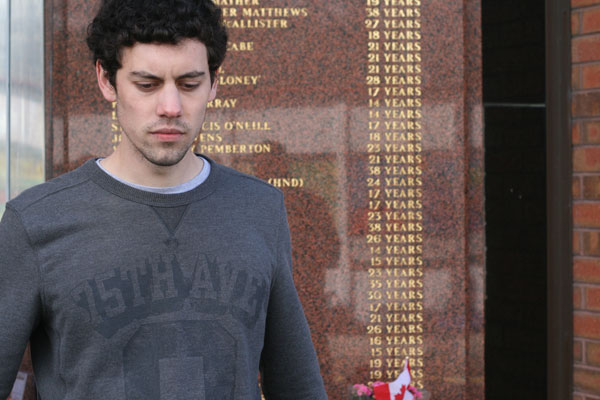