TEENAGE midfielder Jonjo Shelvey is on his way back from Blackpool early after the Seasiders announced Liverpool had recalled him early from his loan with them. The recall follows on from last night’s injury to Lucas Leiva when the Brazilian midfielder was stretchered off twenty minutes from the end of the game against Chelsea with a knee problem. The recall has heightened fears that Lucas could be out for a lengthy period of time.

Although Liverpool are yet to confirm the extent of Lucas’s problems, the recall of Shelvey, originally due to stay at Blackpool until the end of the year, suggests he won’t be back anytime soon and that will be a massive blow to the Reds. 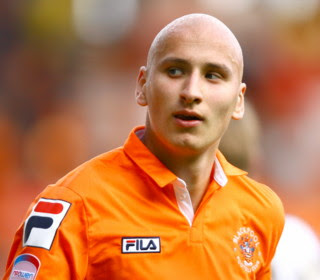 Shelvey had been doing well in his spell at Blackpool and with six goals in nine appearances Blackpool were keen to keep the 19-year-old beyond December. Talks had begun with Liverpool to make the loan longer but those talks will now turn instead to the possibility of Blackpool taking him back when Lucas recovers. Blackpool’s official website said: “A knee injury to Liverpool’s Brazilian midfielder Lucas has meant that the Reds have activated the recall clause and Shelvey returns to Anfield with immediate effect.” 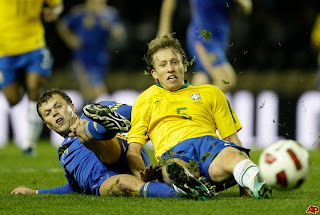 Blackpool’s manager Ian Holloway said: “Obviously this is a setback to us as Jonjo has done ever so well in his short time with us, we knew that Liverpool had the recall option on him and it was only the unfortunate injury to Lucas that has prompted them to take this course of action. I would like to thank Jonjo for his efforts with us and Kenny for allowing him to come to us, we will be in regular contact with Liverpool about trying to bring him back in January should Liverpool’s injuries clear up.”

With The Reds yet to say anything official about the details of Lucas’s injury speculation has increased over the course of the day, with some suggestions his season could be over. Those suggestions seem to stem from comments made by the player in London and before any scan had been done, with the suggestion the lay-off could be as long as six months, which of course takes us to the end of the season.

With Steven Gerrard still out of action following his recent ankle infection the recall of Shelvey could well be a precaution to ensure cover for the busy December fixture list, but at this point the signs aren’t looking good for Liverpool’s player of the season – just as the rest of the world had finally started to see what Liverpool fans had seen in him for years.