Kenny Dalglish said he was going to field a strong side for tonight’s match against Brighton and Hove Albion and he’s certainly not picked a weak one.

Injuries and suspensions meant he would have to make at least three changes – Daniel Agger is injured with Martin Skrtel and Charlie Adam suspended – but he’s made a few more.

One player fans are eagerly waiting to see back in a Liverpool shirt is Steven Gerrard, he doesn’t start tonight but is expected to get on for the second half. 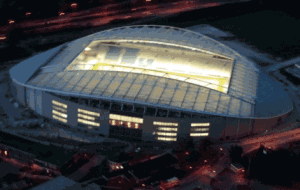 Skrtel is replaced at full-back by Martin Kelly, back from the hamstring injury he picked up against Bolton at Anfield. Jose Enrique is rested, Jack Robinson coming in at left-back. In the centre of defence the new boy Sebastian Coates gets his first start, alongside vice-captain Jamie Carragher. John Flanagan is on the bench.

Three of the new midfield signings are out of the starting line-up – Stewart Downing and Jordan Henderson missing this one along with the suspended Adam.

Andy Carroll had been expected to start but he’s made way for others tonight; Dirk Kuyt is back in the line-up and Craig Bellamy will make his first start in his second stint at the club – Luis Suarez also starts.

Gus Poyet’s Championship side will of course be up for this one at a packed Amex Stadium – tickets have been hard to find for both sets of fans.