Suarez fit for the World Cup? Try and stop him.

WHEN Liverpool fans first heard that Luis Suarez had been injured in training for Uruguay and needed surgery the instant reaction was one of fear: Could this mean he missed a chunk of another season for the Reds? Then word came out that it was the kind of injury that takes anything from two to six weeks to recover from, meaning he’d be over it by the time he was due back for preseason at Melwood. Relief. Then the fear returned with the realisation that Uruguay might be more concerned about getting some use out of one of their most important players than about his availability for a domestic league season.

Would they rush him back too soon?

The problem is, if Suarez does make his comeback from injury a little quicker than The Reds’ medical staff back in England would like, it’ll be as much down to Luis Suarez as it will be down to the Uruguayan staff. Imagine trying to stop Luis Suarez from getting on that pitch. The boy lives to play, lives to win, if he can walk he’ll try and get on that pitch. 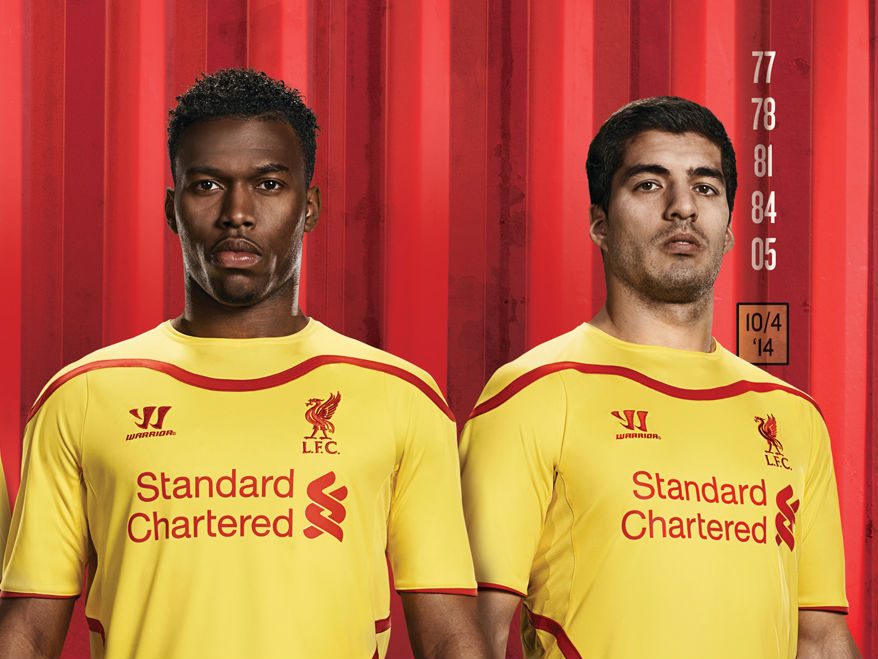 Last season’s hottest partnership in the Premier League, Suarez and Sturridge, will be on opposite sides during the World Cup – fitness permitting.

It wouldn’t be the first time. Even getting hit by a car as a boy and breaking his foot, as he told The Guardian in an interview with Sid Lowe, didn’t stop him: “I was 12 or so,” Suarez said, “near Parque Central (Nacional’s ground). I’d fractured my fifth metatarsal but I didn’t realise and played anyway. Eventually, they put a plaster cast on but I still played at school.

“When I went to get it taken off, there wasn’t much left (of the plaster); the heel had been worn away and the doctor was furious. A week after they took the plaster off I played a proper match.”

Suarez isn’t rushing back quite as fast this time, but he’s clear about what his target is: “I’m an emotional person and I externalise my feelings a lot with some things but I’m strong with others. Injuries are not only a physical question, which is the most important thing of course, but also a question of your mind. If you’re thinking: ‘I’m not going to make it’, ‘I can’t cope’, ‘it hurts’, ‘it’s never going to get better’, then it won’t. My objective was clear: be strong emotionally and physically. I wanted my children to be able to see me play at the World Cup.”

To make that happen he’s doing exactly as he’s told, at least for now: “Of course there was the normal worry there always is when you undergo an operation and an operation is always an operation.

“At first I had to rest completely. I couldn’t put weight on it at all. To see my wife worried, saying: ‘don’t move’, ‘sit still’, ‘stay there’ – to not be able to put the kids to bed or bath them – was hard. But I was more concerned about that than not making it. If they had said to me that the extent of the injury was greater, I’d have been worried. But knowing the grade of the injury, I was confident.

“I knew that there was time to make it carefully so there was no point in risking trying to get ahead of myself. I would rather get there just on time but be sure that it is right.” 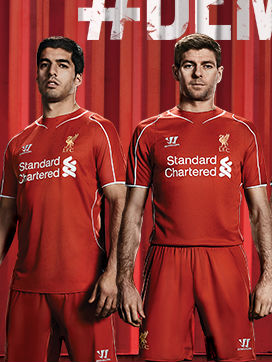 Suarez will be desperate to play for Uruguay against his club captain, England’s captain Steven Gerrard

Uruguay’s first game of the World Cup is on Saturday when they face Costa Rica at 8pm UK time, but it’s their next game that will get the most attention in the UK, with parts of the country, especially Scouse parts, likely to be supporting the South Americans. That game is on Thursday of next week, again at 8pm UK time, with Suarez up against Liverpool team mates including Steven Gerrard, Raheem Sterling, Jordan Henderson and Glen Johnson.

Uruguay will have more of an idea of Suarez’s chances of playing, meaning it’s easier for them to plan accordingly, but England might not find out until the last minute, especially if he misses that first game against Costa Rica. Football betting will be all over the place as each fixture draws near and punters await news on his fitness – including how well he’s recovered from a previous game if has made a comeback. Suarez is one of few players in the tournament who can make a huge difference to how his country’s group turns out. We’ll know the difference he’s made by the time the final Group D fixtures, Uruguay v Italy and Costa Rica v England are over with on June 24th.

It’s in Uruguay’s interests to make sure his recovery is long lasting – they’ll want to make it out of the group stages and still have him around for the knockouts – and the medical staff have been careful with him so far: “After a couple of days I was on crutches and Walter Ferreira, the physio, said: ‘get rid of those’. He told me to put weight through it, but gently. Don’t do what some do and leap right on to it. Bang, bang, bang. ‘Bit by bit, until the pain goes,’ he said. And, bit by bit, the pain goes.”

As soon as the news broke of the injury Suarez had sustained, media of every kind was filled with stories from those who’d been through the same. As Suarez says though, all cases are different: “I’ve heard so many meniscus stories: some players say: ‘I was back in 15 days’, the next one says 20, the next says 25. Each case is different. Some players said: ‘I was walking on the second day’. But then they admit: ‘After 20 days it swelled up again’. And now it seems everyone’s a doctor.”

In truth Suarez won’t know how long his own recovery time will be until he’s actually recovered. For now he’s working hard to get back and hoping there aren’t any setbacks. For all the hi-tech equipment at the disposal of today’s footballers it’s something at the far more simple end that Luis has been using to ease himself back: “Today I’ve been exercising with an elastic band, lifting my leg like this, up and down,” he explained to The Guardian, demonstrating as he spoke.

“The aim is to build the quadriceps: that’s what supports the knee. Sometimes you do your exercises and you look down at the knee and think ‘it’s swollen’ but it’s not swollen; that’s just the way it is and that’s the way it will be now.

“I’ve worked indoors so far (this was before his recent appearance on the training ground). What I don’t want to do is to go outside and start jogging and for people to see me like this [limping]. When I go out on to the pitch, I want to go out there ready. We know what the expectations are like and what the media is like. They’d say: ‘Today he’s jogging but he doesn’t look quite right’. Then it’ll be: ‘Today he was running normally’. And that can load pressure on and also create a false impression.”

Suarez is confident he’ll be taking part in the World Cup: “Emotionally, I’ve felt fine; psychologically, I’ve been spectacular. At no time did I feel pressured, at no time have I felt sad because at no point did I think there was a chance of me missing the World Cup.

“The thought never went through my mind. I could have really cried because of this injury but I didn’t because I knew. I knew. When the doctor first spoke to me three little tears fell but no more. My wife said: ‘I can’t believe how strong you’re being’ but I knew I’d make it.”

Suarez has always known he’d make it. As anyone who’s tried to stop him has usually found out.